In the current scenario of what the world is facing due to COVID-19, probably one of the other unfortunate things that are going around for the Xiaomi Mi A3 users is the release and the immediate pull-back of the Android 10 updates.

One of the most controversial phones that we have been covering since the beginning of its first Android 10 rollout, is the Xiaomi Mi A3. The Android 10 updates for the Xiaomi Mi A3 have now been pushed and pulled back for the third consecutive time and users are pretty annoyed by this behavior by the Chinese OEM.

Xiaomi was quick to react to this situation and pushed an Android 10 bugfix update, but it was again pulled off. Then, again a new Android 10 update along with the March security patch was rolled out for Mi A3 users but, as you might have guessed, the update was pulled back once again.

By this time, the users were pretty annoyed with bugs creeping up with every Android 10 update for the Mi A3, and surprisingly, Xiaomi released a Pie-based March patch for the device, which could not be installed on the units. Then, finally, the Android 10 update along with the April patch was released for the Mi A3, but continuing with its previous trend, Xiaomi pulled back the update due to bugs.

The frustrations of the Mi A3 users are pretty understandable and now, the users have decided to take the matter into their own hands.

As per a new community post, which is more of a poll, have been created by the users to request Xiaomi to refund for the Mi A3 owners. This refund has been asked against all the failed Android 10 update attempts by the OEM.

And going by the poll, as of writing this post, a total of 81 users have voted on this poll and 80.25% of people have voted in favor of a refund by the company.

Though we have seen many failed petitions in the past by other OEMs smartphone users and it is also unclear whether Xiaomi would give attention to such user threads or will actually roll out a bug-free Android 10 update for the Mi A3.

Let us know in the comments if you are in favor of getting a refund from the company or expect Xiaomi to push a new bug-free Android 10 update for the device? 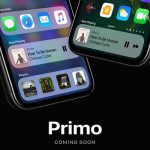 Say hello to Primo, an upcoming iOS jailbreak tweak that brings multiple docks to your iPhone 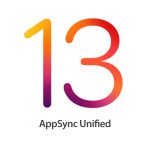