Xiaomi Mi A3 Android 10 update is no longer available to download and according to the company, this is because the firmware released not long ago was too buggy.

This isn’t a new script for those who have lived long enough to own any of the other devices in the Mi A series, be it the Mi A1, Mi A2, or even the entry-level Mi A2 Lite.

Neither device has had a smooth transition from one major OS to the next and it seems this terrible streak isn’t about to end anytime soon. The latest victims are owners of the current flagship in the series – the Mi A3.

As noted at the beginning, the recent Xiaomi Mi A3 Android 10 update released after the initial rollout was halted has once again been paused. To recall, the first stable update arrived late last month and a few days later, it was discontinued after numerous bugs were discovered in the firmware.

A couple of weeks of bug fixing and Xiaomi thought all was well, thus pushing a supposedly patched-up version to the device with the March security patch. But hours after the OS started rolling out, we picked up multiple user reports saying they had not seen the update.

In other cases, some said they started downloading the update but when they restarted the phone, the device went back to the previous Android Pie with February patch – claiming that it is the latest version available for the handset.

A couple of reports from Xiaomi support suggested that the rollout had been halted, but we all know how unreliable support guys can be when it comes to such info. To get rid of any doubts, though, a Xiaomi forum moderator has confirmed this info, that indeed the rollout has been stopped.

Ah, ok. There was a rollout, but that was pulled, as it was quite buggy…. you should get a debugged version relatively soon. As I don’t have a schedule, I can’t say more than that.

Apparently, this is because the firmware was too buggy, but the company is working on coming up with a bug-free version as soon as possible, although how soon no one knows. We will keep an eye on the story and let you know when the update begins rolling out.

Meanwhile, you may want to check out what LineageOS 17.1 based on Android 10 has for this same device here.

Looks like we spoke too soon. The concerned moderator has now updated their statement mentioning they were referring the first buggy release that was pulled back i.e. v11.0.7.0, not the bugfix one that was re-released after that i.e. v11.0.8.0. So there’s no official confirmation about the pullback as yet.

Ah, ok. There was a rollout (Global V11.0.7), but that was pulled, as it was quite buggy…. you should get a debugged version relatively soon. As I don’t have a schedule, I can’t say more than that 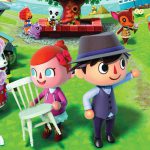 Animal Crossing New Horizons: How to get (Craft) Slingshot in the game