The first thing that comes to our minds when we talk about Xiaomi Mi A3 is probably the delayed Android 10 update for the phone.

It was a time to rejoice for the users, as the long-awaited Android 10 was finally pushed for the handset. Unfortunately, the update was pulled back by Xiaomi citing several bugs and issues as the reason behind it.

However, users who installed the buggy Android 10 updates on there Mi A3 started reporting broken in-display fingerprint sensors among many other issues. The developers stated that the update will be rolled out again, once all the bugs are fixed.

Users who were thinking to rollback to Android 9 Pie were officially warned by the company, that rolling back from Android 10 to Pie would cause an adverse effect on their Mi A3 (Mi A2).

After all this confusion and mess, in line with what the developers said, the bugfix update for the handset was finally released. The catch here was, the update was pushed only for the users who previously enrolled for the beta program.

This move by Xiaomi left the users annoyed and it seems that everything has gone back to square one. But, going by the latest developments, as per the screenshots shared by one of the users, the stable Android 10 update might take a while to arrive on Mi A3.

As per Xiaomi support, the update could be delayed until the end of this month i.e. March 2020. Additionally, the support stated that the identified bug is being worked upon.

Readers should understand that the company support may not always have the exact picture, but that is the latest information about the Android 10 update that has surfaced for Mi A3.

What we can suggest is that, take this piece of information with a pinch of salt, as things may change, fingers crossed. Rest assured, we are actively working to bring to you every development related to the Android 10 update for the device.

Xiaomi has re-released the update to Android 10 for the Mi A3 with March 2020 security patch. Find the full story here.

By the look of things, it appears that Xiaomi has halted the Mi A3 Android 10 update. See the full story here.

The Android 10 update has been rolled out with March patch but users are unable to install it. Read the whole store here. 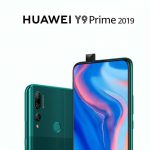 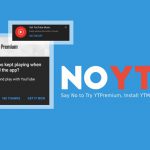 Say no to annoying YouTube Premium notices with this jailbreak tweak