Few devices in the recent past have had as much drama as the Xiaomi Mi A3. Despite being part of the rather exclusive Android One club that is, at least in theory, expected to be at the very front of the line to new builds of Android, the device took ages to get updated to Android 10.

Delayed roll-outs, followed by conflicting and confusing communication from Xiaomi reps and further delays due to Corona Virus and frustrations from users across the globe, finally the device started receiving Android 10.

But this was also short-lived as the same mishaps that preceded the official rollout of this update to the Xiaomi Mi A3 seemed to be following the device even with the fresh build of Android.

Soon after the official rollout, users started reporting a bunch of issues and with that, Xiaomi had to stop the rollout. Many users who first received the update complained of broken in-display fingerprint sensors among many other issues.

This is all way too much drama for just one device and a simple upgrade in the Android version. This especially for a device that is part of the Android One program, a program known for having near-stock Android and light builds and tweaks.

The fingerprint issue is still very much broken for the Xiaomi Mi A3 users, who were able to update their devices with the now-recalled Android 10 build. However, there might be a way to try to get that working in the meantime.

In a message shared by a Xiaomi Developer on Telegram, the rep advises affected users on steps that they could take to try to get the fingerprint situation sorted while they continue working on a proper build of Android 10 for the Xiaomi Mi A3.

Then go to Settings→ Display→ Advanced→ Lock screen display and enable “New notifications.” Now with the screen off, double-tap on the screen and the fingerprint icon will appear.

It remains unclear when Xiaomi will come around to roll out a proper Android 10 build for this device. With the current Corona Virus situation, this might take a while so for early birds that updated to the now-recalled build, this is how to get your fingerprint working.

Xiaomi has just issued a bugfix update in Beta and we should expect a re-release of the Android 10 update soon. Read more here.

Owners of the Mi A3 have a new software update rolling out as Android 10 with the latest March 2020 patch and bug fixes for the fingerprint issue and possibly more. The update is available for those coming from Pie as well as those who got the buggy Android 10 update a few weeks ago. Check out the full story here.

That was fast! Apparently, the Mi A3 Android 10 update has been halted. See the full story here.

NOTE: We shall keep an eye on this story and update accordingly. Stay tuned to our dedicated Xiaomi section for more like this. 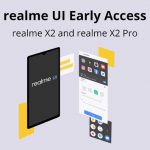