[Re-released with March patch] Not again! Xiaomi Mi A3 Android 10 update supposedly rolling out, but there's a catch

Unlike previous iterations, the penetration rate of Android 10 is quite high. The engineers of Xiaomi rather quickly rolled out the Android 10 update to a good number of eligible devices. However, one group that is crying foul is the owners of Mi A3.

Besides Google, OEMs like Huawei, Realme and even Samsung have been able to deliver the latest version of Android for their phones. In comparison, the Android One initiative is kind of lagging.

The phone is the third installment in Xiaomi’s Mi A-line of Android One-powered smartphones. These devices run on stock Android, unlike Xiaomi’s other devices that run on MIUI.

Despite Mi A3 being part of the Android One project, Android 10 is yet to drop officially. A few weeks back, it was reported that Android 10 was available to a selected number of people in India. That turned out to be a closed beta.

A few days later, the Xiaomi Mi A3 Android 10 update delay was confirmed when the Android 9 Pie-based January 2020 patch went live. You can read more about that here.

In a recent conversation between a Xiaomi user and the company’s online customer support channel, a company representative has confirmed that the rollout did happen, and that some users have already received Android 10 on their Mi A3 units.

From the exchange, we are meant to believe that indeed, Xiaomi pushed the Android 10 update. However, not a single user has confirmed receiving such builds.

It is possible that this is a staged rollout as has been the case for many Xiaomi devices in the past. This means that the update is sent out in batches over a given period of time.

The Xiaomi rep is also seen to be requesting the affected users for patience as he insists that the rollout is indeed in effect. For the Mi A3 users out there, it might be worth being a little patient and awaiting this rollout.

The Chinese OEM earlier promised a rollout date in February 2020. Also, Android One devices like Mi A3 are guaranteed at least two versions of Android, but there are some controversies as well.

Do you own a Xiaomi Mi A3? Have you received the Android 10 update? Tell us in the comment section below.

According to a conversation between a user and Xiaomi’s online support, Android 10 for the Mi A3 is still in testing and we might not see a stable build until sometime in March.

There is a lot of confusion surrounding this issue. Xiaomi is not making things easier with conflicting information all over the place. Details here.

NOTE: We have these and many more Xiaomi stories here.

Xiaomi is rolling out the patched-up version of Android 10 to the Mi A3 with the latest March 2020 security patch. See the full story here. 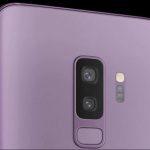