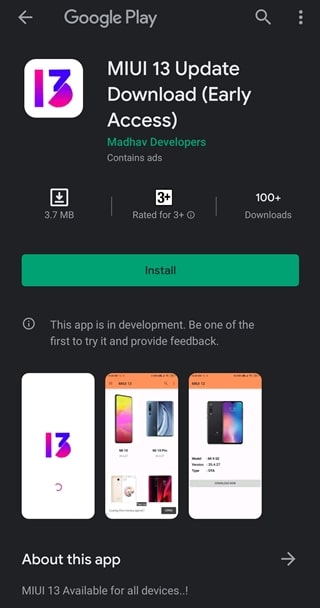 IST 04:20 pm: An unofficial Xiaomi update policy is doing the rounds now which shows the path takes to update its smartphones. The policy shows the number of Android and MIUI updates different series get. Check it out here.

IST 06:30 pm: Xiaomi is all set for its Mi Developer Conference (MIDC) from November 5 to November 7. This has led some to speculate that the company could unveil its next skin over Android — MIUI 13. Check out all the details here.

IST 06:11 pm: New developments suggest that Xiaomi has tweaked its MIUI 12 beta update release timeline which affects the release nightly and public beta builds. It’s likely that the changes will affect MIUI 13 builds in the future too. Full story here.

IST 04:20 pm: According to a Mi Community mod, Xiaomi will present MIUI 13 in the second quarter of 2021. However, the info must be taken with a grain of salt since moderators aren’t employees of the company and thus aren’t privy to inside info. Full coverage here.

IST 11:15 am: It appears Xiaomi would first roll out the MIUI 12.5 update to users before it unveils MIUI 13 later next year. Head here to know more about the matter.

12:29 pm (IST): Xiaomi Mi MIX 4 and Mi Note 11 have been spotted on the official HTML source code with MIUI 13 as the software running the show out of the box. 05:52 pm (IST): A Mi Community Super Moderator has hinted that the Xiaomi Redmi Note 8 is eligible for the MIUI 13 update. For more details, check this out.

03:16 pm (IST): According to a new report, MIUI 13 is set to launch this year in June. However, the Mi 9 series may never see the light of the update. For more details, head here.

01:40 pm (IST): The MIUI 13 update may bring along a revamped package installer and an option to expand RAM. More details here.

01:54 pm (IST): An unofficial list comprised of a bunch of Mi, Poco, and Redmi devices eligible for the upcoming MIUI 13 update has gone live. Head here to check it out.

02:29 pm (IST): An alleged MIUI 12.5 upcoming feature list has gone live and we have a reason to believe that it’s our first glimpse at what to expect from MIUI 13. Head here for details.

02:59 pm (IST): The latest Cleaner app beta update has revealed that Xiaomi is already adapting its native applications to the next generation MIUI 13. More details here.