Xiaomi has been obsessed with making MIUI the most feature-packed Android skin in the Android world and has time and again proven so.

Sure, the piece of software is quite lacking in terms of performance, but the company is hell-bent on changing that.

A ‘MIUI Pioneer Team’ was recently set up with the goal of aiding the dev team in polishing the MIUI experience by corresponding with actual users.

But now, as per several leaks, it appears that the team is not only working on improving MIUI 12.5 but is also paving the path for Xiaomi’s next big Android skin update – MIUI 13.

The leaks in question include the revelation of ongoing MIUI 13 development through a changelog derived from a new MIUI Cleaner app update, combined with the release of revamped Mi File Manager allegedly from MIUI 13.

Further, a Xiaomi executive recently confirmed the hints of ongoing MIUI 13 development by saying that a new version of MIUI is set to arrive in August.

And now, it appears that MIUI 13 tests started sometime today with version MIUI beta release 21.7.6 that is to be released for the Xiaomi Mi 11 Lite 5G (codenamed renoir)

In case you are unaware, the MIUI beta release version numbering corresponds to the date they were built.

The reset of the version number points towards the possibility of Xiaomi turning over a new leaf and making way for MIUI 13, at least in the beta channel.

Also as per the report, the MIUI File Manager has somehow already indicated that MIUI 13 will be announced on July 16.

Going by this, the commencement of the beta development was only inevitable, although it is advisable to take this info with a pinch of salt.

Little is currently known about what MIUI 13 will actually be bringing to the table. But we sure are positive that whatever it is, it won’t disappoint. 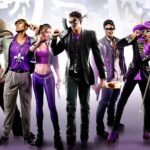