MIUI 13 update may be introduced in August

Xiaomi has been working tirelessly on making MIUI one of the most feature-packed Android skins available on the market.

Sure, MIUI still falls quite short when it comes to stability and performance, but the company hasn’t simply overlooked such issues.

A ‘MIUI Pioneer Team’ was recently set up with the purpose of polishing the MIUI experience by closely working with users and the Mi Community.

It now appears that the team is not only working on improving MIUI 12.5 but may also be paving the path for MIUI 13.

We have had a couple of leaks in the past proving that the next big update for MIUI is indeed in the works. The first one ever came was brought forward by a MIUI Cleaner app update.

Soon after, the Mi File Manager app bagged a massive update with a complete visual overhaul that gave us a glimpse into what apps on the upcoming MIUI version might look and feel like.

And now, a Xiaomi executive has indeed confirmed the hints of ongoing MIUI 13 development by saying that a new version of MIUI is set to arrive in August.

Let me talk about the conclusion first…our internal testing center mechanism will be adjusted in August following the new version of MIUI.

While intricacies weren’t provided regarding the said new version, it is highly likely that the reference is indeed about MIUI 13.

The focus of the above statement isn’t really on the next big MIUI update though. The company executive is actually talking about the current state of MIUI internal testing and what is being done to improve it.

As per them, the internal testing mechanism will be optimized to do away with some of the most commonly faced issues. However, this shouldn’t be relevant for those who reside outside China since internal testing is endemic to the region.

And as for what features to expect, well, Xiaomi has kept everything about MIUI 13 under tight wraps and we barely have any info at hand. Except for one thing.

MIUI is set to receive performance modes also in August. Coincidence? We think not. If the feature doesn’t get merged into MIUI 12.5, then it obviously will arrive with MIUI 13. Do keep in mind that all of the above hasn’t exactly been confirmed by Xiaomi. Hence, you might want to take it with a pinch of salt. We will continue tracking the matter for further developments so stay tuned to our MIUI 13 tracker. 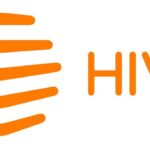 [Update: Log in issue resurfaces] Hive Smart Home app keeps logging you out after latest update? Fix in the works, but you may try these workarounds 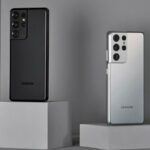