MIUI 13 will be released by the end of the year, as per Xiaomi CEO

The rumor mill has churned out plenty regarding MIUI 13 over the past couple of months. One of our earliest encounters was the changelog for a MIUI Cleaner update that said that the app was being adapted for MIUI 13.

Soon after, the Mi File Manager app bagged a massive update that brought along a complete visual overhaul along with new icons and transitions. It was touted by many as a redesign for soon-to-release MIUI 13.

But perhaps the most exciting development was when a Xiaomi executive confirmed the signs of ongoing MIUI 13 development by hinting that a major new version of MIUI was set to arrive in August.

For the uninitiated, MIUI 13 is set to be a major update bringing along an updated interface, new icons, performance improvements, RAM expansion feature, and a redesigned Control Center.

Anyway, a new statement by the CEO of Xiaomi himself has now laid to rest all the rumors and hype surrounding the release date of the upcoming version of Xiaomi’s Android skin.

Lei Jun took to Weibo today announcing that he will be making an annual speech on August 10. Intricacies regarding it were not given but the CEO did state that its goal is to only talk about things that haven’t been talked about yet.

But along with the announcement also came a crucial piece of info for those awaiting the MIUI 13 update for months. The Xiaomi CEO revealed that MIUI 13 will be released by the end of the year.

The decision for the postponement has been taken to “concentrate on polishing up the core experience and solving the basic experience issues everyone is most concerned about”. This is an obvious reference to the various issues still plaguing MIUI 12.5.

In all honesty, this is a pretty great decision. MIUI 12.5 is already one of the most feature-packed and modern-looking Android skins on the market and the last thing its dev team needs to be doing is stuffing it with even more masala instead of focusing on fixing existing bugs and issues.

Sure, the update is quite an enhancement over MIUI 12 both in terms of stability as well as performance. However, there still is plenty of scope for improvement which Xiaomi now plans on achieving.

Hopefully, MIUI 12.5 will be as performant as it is feature-rich by the time MIUI 13 makes its debut near the end of the year. We will be updating our dedicated MIUI 13 update tracker as new developments arise so stay tuned. 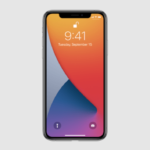