It’s roughly that time of the year again. MIUI 12 may have been released globally in May last year but a MIUI 13 announcement is now imminent thanks to a bunch of leaks. Better late than never.

We previously highlighted how a Xiaomi executive confirmed the signs of ongoing MIUI 13 development by hinting that a major new version of MIUI is set to arrive in August.

Apart from this, the first-ever MIUI 13 leak that carried a whiff of officiality was the changelog of an update for the MIUI Cleaner app. The changelog had mentioned that the app was being adapted to the floating window in MIUI 13.

A couple of weeks later, the Mi File Manager app bagged a massive update (for MIUI 13) that brought along a complete visual overhaul, giving us a glimpse into what apps on the upcoming MIUI version might look and feel like.

And now, an alleged list of features to be expected with MIUI 13 is doing rounds on Weibo that introduces us to the following cool stuff:

First on the list is Gesture Turbo 2.0 which sounds like an under-the-hood improvement that will further improve the fluidity of gesture animations already buttered up by MIUI 12.5.

Next up, MIUI 13 will (probably) be introducing a new “Small Window”. Not much is known about what to expect with this one but we got a feeling that it’s related to the MIUI Cleaner app adaptation for MIUI 13 floating window mentioned above. We already have had a couple of screenshots, allegedly from MIUI 13, and now it seems that the Control Center will be getting yet another minor yet meaningful tweak.

As you can see, the media control notification has been picked up from its previous abode on the notification panel and dumped onto the Control Center, which in our opinion is a better position for it by all means.

Last but not least is something called ‘Natural Touch 2.0’ which probably will make use of haptics to make touches a more real-world experience.

That said, the above information has only been picked off by ‘leaksters’ and hasn’t really been posted by any of the official Xiaomi accounts.

While the alleged MIUI 13 features do have some pretty official vibes to them, this isn’t the first time fake-news peddlers have fabricated realistic-looking images, so it will be advisable to take it all with a pinch of salt.

Anyway, we are positive that Xiaomi will be making an official announcement regarding MIUI 13 next month, so stay tuned to our dedicated MIUI 13 update tracker in order to not miss out on anything. 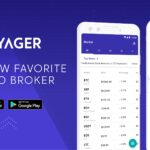 Voyager app not working, down, or crashing issue acknowledged, fix in the works