The latest version of Xiaomi’s Android skin – MIUI 12.5 – begun rolling out to eligible devices in China since late March and is progressing well as per the planned schedule.

Global releases aren’t too far either for the small batch of devices that has already bagged MIUI 12.5 in China. This is clear from the fact that Mi 11 and Redmi Note 10S have already been treated to MIUI 12.5 global.

For the uninitiated, the MIUI 12.5 update brings about several changes including performance improvements, enhanced privacy features, an updated Notes app, new animations, and some UI tweaks.

However, MIUI 12.5 can’t exactly be referred to as a ‘major’ update given that the list of changes introduced with it although great in number is still somewhat minor.

Moreover, Xiaomi has also omitted some features like MIUI+ from the global variant of MIUI 12.5 even as it’s available on the Chinese one. FYI, MIUI+ is a cool utility designed to ease sync between a PC and a Xiaomi device.

Anyway, while MIUI 12.5 is still in its initial stable release stage, rumors of MIUI 13 have already begun to materialize.

According to a report being circulated across social media and by some media outlets, the MIUI 13 update was to be unveiled as early as June 25.

The report had also claimed that the update will be made available for models such as the Mi 9 series, Mi 10 series, Mi Mix Fold, and several others.

However, some new official information from Xiaomi has now come to light that debunks it all:

Wang Hua from the Public Relations Department of Xiaomi Group clarified on Weibo that the MIUI 13 update will not release on June 25, thus putting all the rumors to rest.

He also said that he wouldn’t blame anyone for believing the fake report since it was quite convincing. However, the truth is that there is currently no official launch date for MIUI 13.

Makes sense considering that Xiaomi is already having a hard time addressing the plethora of bugs and performance issues plaguing the MIUI 12/MIUI 12.5 system, and is probably too occupied for an entirely new MIUI version.

Still, there is indeed an unofficial eligible devices list based on Xiaomi’s own update policy that has been made available by the trusted Xiaomiui Telegram channel for those of you still curious about the update.

For now, stay tuned to our dedicated MIUI 13 update tracker to stay in the loop.

ebay down or not working? You're not alone 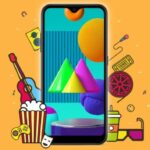