The Poco F2 Pro is also known as the Xiaomi Redmi K30 Pro in China and is targeted at those wanting the absolute best of performance while also not blowing a hole in their pocket.

The phone is a true flagship killer and screams high-end from all angles, whether if it’s the aluminium + glass sandwich design, Snapdragon 865 5G, 64MP camera, or a super AMOLED HDR10+ display.

And coming with flagship specs means that the Poco F2 Pro enjoys a higher priority than the rest when it comes to software updates. The device was one of the early ones to get updated to Android 11-based MIUI 12.5. But of course, the phone’s update journey doesn’t simply end right there. Xiaomi/Poco typically treats its upper-range devices to 2 Android version updates and around 4 MIUI upgrades.

This means that the device is eligible for both MIUI 13 and Android 12.

And eligible it indeed is as a new report from Xiaomiui now says that Android 12 internal testing has already started for the Xiaomi Redmi K30 Pro (Poco F2 Pro) in China.

With this, the device has now joined the likes of other flagship levels in the testing process for the next big update:

The info has likely been pulled from Xiaomi’s MIUI update release servers (bigota, hugeota) just as it was in the case of the Xiaomi Mi 11 Ultra.

No info apart from the above has been given out at the moment so it’s still unknown whether the Android 12 internal testing in question is for MIUI 12.5 or MIUI 13.

But judging from the fact that we already have got plenty at hand to hint that MIUI 13 is under development, it is not unsafe to assume that it indeed is related to MIUI 13.

Of course, the testing is a China-only thing at the moment and is being carried out internally, so any download links are out of the question.

Still, if all goes well, the Poco F2 Pro should be one of the first devices to get MIUI 13 and Android 12 when they go ripe, so stay tuned to our Android 12 update tracker. 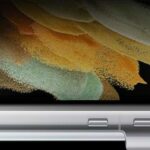