The midrange ZenFone Max Pro M1 and ZenFone Max Pro M2 are arguably the most exciting Asus smartphones. This is thanks to not just the value for money at play, but also due to the near stock Android that promises a bloatware-free software experience and timely updates as well.

Unfortunately, the latter – timely software updates – is only good on paper. Matter of fact, the ZenFone Max Pro M1 and ZenFone Max Pro M2 are two great pieces of hardware that are only let down by the terrible software support Asus offers.

Make no mistake, the duo are still top performers. But hardware is only as good as the software that runs on it and in the case of the Max Pro M1 and Max Pro M2, terrible is an understatement for the experience users have been going through, more so with respect to Android 10 update.

The pair has been testing Android 10 beta since January and to date, the stable release is still nowhere. We have captured the state of this update in details here.

We have also covered a lot around the ZenFone Max Pro M2 and ZenFone Max Pro M1 Android 10 update, be it the most annoying bugs that have since been acknowledged, some of the accepted feature requests and even those that have been rejected.

In this article, we bring you a 360-degree coverage of all these happenings for easy tracking. As usual, we will continuously update the tables below to reflect the latest news and developments on the same, including when the stable Android 10 update eventually arrives.

IST 12:04 pm: Apparently, it sees the Asus ZenFone Max Pro M2 will also not get native call recording support or VoWiFi support in India. This isn’t much of a surprise since both features have also been denied for the ZenFone Pro Max M1. For more details, head here.

IST 02:24 pm: Asus has released the Android 10 beta 3 and beta 4 updates for the ZenFone Max Pro M2 and Max Pro M1 respectively. The updates bring along a bunch of new fixes for both the devices. More details here.

IST 03:30 pm: New developments suggest that the latest Android 10 beta 3 update for the ZenFone Max Pro M2 has still not fixed the audio issues on the device. An Asus mod says a fix for the issue is in the works and should be available with an upcoming update. Full story here.

I have forwarded the information of the vibration of switching the sound mode to the relevant department. We will keep you updated and your consideration will be very much appreciated. (Source)

IST 12:33 pm: Apparently, after conducting internal tests, an Asus mod has claimed that there are no issues with the Wi-Fi speed on the ZenFone Max Pro M1 running the Android 10 beta 4 build. More details here.

IST 06:21 pm: While the ZenFone Pro Max M1’s Snapdragon 636 supports carrier aggregation, it seems that even the upcoming Android 10 update for the device won’t enable it as well. Check out more details here.

IST 06:13 pm: According to an Asus mod, the absence of the call disconnecting tone when in silent or vibration mode is normal system behavior in Android 10 and thus we assume Asus may not make any changes. More details here.

IST 10:20 am: The black flash issue while using the Android 10 navigation gestures on the ZenFone Max Pro M1 is still present on the latest Android 10 beta update. An Asus mod claims that the issue is still under investigation. Read the full story here.

IST 06:38 pm: Apparently, the black flash issue while using the Android 10 navigation gestures is a “default setting” and is present on other devices from other OEMs as well according to a mod. Head here to know more.

IST 11:15 am: According to a moderator on Asus’ community forums, there are no plans to adjust the audio quality on the ZenFone Max Pro M2 due to performance and stability issues. Therefore, it seems users will have to make-do with the poor audio quality. More details here.

IST 11:50 am: It appears that the low bass issue on the ZenFone Max Pro M1 was addressed via a recent beta update. More details here.

NOTE: Most, if not all, feature requests and even some of the bugs reported by ZenFone Max Pro M1 users happen to also affect the Max Pro M2. Granted, if you own the Max Pro M2, expect the same outcome as the Max Pro M1. 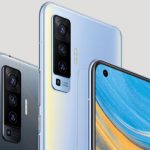