The Asus Zenfone Max Pro (M1) was first unveiled back in May 2018 running Android 8.1 Oreo out of the box. The device has since received one of its two promised major Android updates, currently standing at Android 9 Pie with an expected rollout of Android 10.

Instead, users are stuck with Beta builds to satisfy their Android 10 cravings. The latest build we have seen is the Android 10 Beta 3. However, this build came with one too many uninvited guests in the form of bugs.

Today, Asus has come out to acknowledge this issue and has subsequently promised that this issue, along with many other known bugs, will be addressed in an upcoming system update.

In response to a user’s bug report in the ZenTalk Forum, a moderator says,

Bass: Know issue, already under discussion. Will be fixed in next update.

He further adds that:

For the ADB command, we don’t suggest to uninstall the icepower while it may affect the overall sound performance in other scenarios. The sound bass will be fixed on the next firmware update.

We can only hope that Asus strives to roll out this bug-fix update and addresses this ‘No Bass’ issue for the Asus ZenFone Max Pro M1 users once and for all.

It remains unclear what the hold up for this Android 10 build for the ZenFone Max Pro M1 is all about. However, bearing in mind the sheer number of bugs that were reported in the initial release, it is clear that Asus has its work cut out.

In recent times, OEMs have had one too many update blunders and mishaps that have led to buggy releases and subsequent update rollbacks. If delaying an update for several months is what it takes for a phone maker to roll out a stable, reliable build, I bet people would be okay with that.

We shall continue to keep an eye on this rollout and update as and when Asus comes through with more details. Until then, stay tuned to our dedicated Asus section for these and many more stories.

IST 12:05 pm: Asus has released the Android 10 beta 3 update for the ZenFone Max Pro M2 which brings new fixes and improvements. Apparently, the audio bass issue has been resolved with this new update along with a few other problems. There’s no mention of a fix for the Pro M1. Head here to know more.

IST 11:45 am: An Asus moderator has confirmed that the low bass issue on the ZenFone Max Pro M1 was fixed via the V432 software update. Therefore, affected users should update their devices to the latest available version.

Sound: We had adjusted the sound performance, no bass issue, on V432 and further firmware version. (Source) 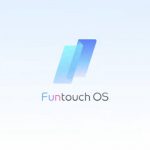