The Asus ZenFone Max Pro M2 was considered to be one of the best smartphones in its respective price range thanks to its value-for-money specifications.

More importantly, there aren’t many devices in the budget segment that offer a stock Android experience, which is preferred by many, over the often bloated and overwhelming skins over Android from Chinese OEMs.

Further, given the nature of Android, one would assume that a device with stock Android would surely get faster and timely updates considering that the OEM does not have to design its own custom skin.

Well, that assumption has turned out to be completely false in the case of most smartphones from Asus. The company released the Android 10 beta for the ZenFone Max Pro M2 all the way back in January.

And roughly 10 months later, there are still no signs of the stable update to Android 10 for the device. Moreover, the beta development also seems to have reached a standstill.

The last Android 10 beta update for the ZenFone Max Pro M2 was released towards the tail end of September. Unfortunately, instead of ironing out most bugs, it introduced a set of new ones.

Most users who installed the beta update began reporting about audio quality issues such as no or low bass and low volume output. More on this here.

Similar issues were previously reported by ZenFone Max Pro M1 users who installed the Android 10 beta update on their devices as well.

That said, we can’t really blame Asus for the bug since it is present in a beta update and not the stable version.

Beta updates are expected to be riddled with bugs. However, what is not acceptable is that Asus is probably not going to do anything about the issue.

How do we know that? Well, an Asus mod has left a disappointing comment on a thread from users demanding the company to fix the audio problems. Check out the comment below:

To preserve ZB630KL system performance and stability, we have no plan for further adjustments of audio settings. We apologize for any inconvenience caused and your consideration will be very much appreciated. Thank you for your continued support and patronage.

What this means is that the stable Android 10 update for the Asus ZenFone Max Pro M2 will not bring any audio quality improvements.

If true, this is basically Asus saying — Deal with it!

Moreover, with how things are going, it appears that Asus ZenFone Max Pro M2, and ZenFone Max Pro M1 users for that matter, will probably have to wait a long time before the stable Android 10 update rolls out.

Of course, we will continue to track the situation and will post an update when new details surrounding the audio issues in the ZenFone Max Pro M2 come to light.

In the meantime, you can check out our dedicated tracker for all developments related to the Android 10 update for Asus smartphones.

You can also share your thoughts about the company’s decision to drop any plans to adjust the audio quality with the Android 10 update on the ZenFone Max Pro M2 in the comments section below. 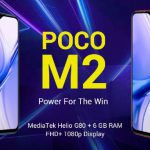