Asus has been promising to push the stable ZenFone Max Pro M1 Android 10 update for quite some time now without luck. The device has had access to the beta firmware since late January 2020.

In a recent development, owners of the ZenFone Max Pro M1 have been told to expect the update to Android 10 in mid-June. Essentially, this means the OS should arrive next week, but until the rollout begins, you better remain skeptical.

When the OS arrives, plenty of new features are expected to grace the occasion. Owners of the device have been making their own feature requests as well via the ZenTalk forums.

Features such as support for VoWiFi function to enable users make voice calls over WiFi, support for native voice call recording, and even native video calling, among others, have been requested by ZenFone Max Pro M1 owners.

Ahead of the much-anticipated rollout of the OS, the company has been clearing the air by responding to the feature requests and from the look of things, some major disappointments are coming with the ZenFone Max Pro M1 Android 10 update.

Apparently, the update to Android 10 will not include support for the VoWiFi function (WiFi calling) on the Max Pro M1. The story is also the same with respect to native call recording and video calling features.

The ZenTalk moderator also mentions that Android 10 will not include support for screen recording, app lock, and slow-motion video recording functions. As far as enabling Camera2 API is concerned, the mod says the matter is still being looked into by relevant teams.

The update to Android 10 is the second and last major OS upgrade for the Max Pro M1. Going forward, the only way to get a taste of a new OS will be via custom ROMs like LineageOS and Pixel Experience, among others.

Many Asus ZenFone Max Pro M1 and M2 users are still questioning Asus regarding the availability of the call recording option on their devices. Prior to this moderators claimed to have checked with the relevant teams and said that the feature will not be added.

However, a mod has once again stated that they’ll share this feature request with the relevant teams. This does not mean that the call recording option will be added. However, it gives some hope that Asus might reconsider the option.

Taking into account a few responses from a moderator, it seems that call recording and VoWiFi (Jio) support on the Asus ZenFone Max Pro M2 is not going to be a thing with the update to Android 10. We’ve added the mod’s comments in response to user queries below:

As I recall, Jio India does not support Vo-WiFi in MPM2.
(Source)

To ensure security and stability of the device, kindly use “Duo” for this function.
(Source) 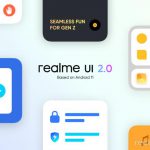