So, a lot has happened and been circulated regarding the Android 10 update for the Asus ZenFone Max Pro M1. It’s been months since the Max Pro M1 underwent Android 10 beta testing, and yet, the stable update is far from reality.

Asus has also not been vocal and clear about what’s happening with the ZenFone Max Pro M1 Android 10 update, and have thrown a few generic statements in the recent past, which has failed to clear the doubts in the minds of the users.

A couple of days ago, we came up with a report were some information was circulated, stating that the stable Android 10 update for the Asus ZenFone Max Pro M1 (as well as M2) will be pushed on June 12.

In our investigation, we found out that information to be fake and there was no ETA available, officially for the said update for either of the Asus devices.

Cut to now, some official information about the Asus ZenFone Max Pro M1 Android 10 update has been shared via an email to one of the users.

The email states that the ZenFone Max Pro M1 (ZB601KL) Android 10 update has been postponed to the mid of June because some of the “test results are under checking to meet certain expectations.”

What we understand from the statement is that the update has been delayed till mid-June due to some bugs and glitches present in the current form of the update.

Here is the main part of the email sent to one of the Max Pro M1 users:

We unfortunately announce that Max Pro M1 (Z8601KL) Android 10 upgrade download from website is postponed to the middle of June 2020 due to test results are under checking to meet our expectation. Before this, back in April, a similar response was given from the support, which stated that the update has been pushed to mid-May due to “test results are under checking to meet expectations.”

Moreover, some information from an unofficial Telegram group also suggested that the recent May patch was sort of a preparatory build for the ZenFone Max Pro M1 Android 10 update.

In conclusion, taking all the recent and past information into account, we can say that even though Asus has officially declared the Android 10 update will arrive in mid-June, it would be better to take this information with a pinch of salt, keeping in mind the past similar responses.

We will keep you updated with all the information related to the Android 10 update for the Max Pro M1, once something comes up across our table.

The update to Android 10 for the Max Pro M1 will not bring in key features such as VoWifi, Native call recording, and video calling functions. Head here for more details.

The stable Android 10 update will allegedly roll out to the ZenFone Max Pro M1 and Max Pro M2 beginning June 20, only that this info is likely to be fake. See the full story here. 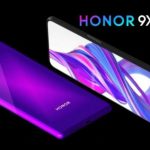