The duo has had access to the beta firmware for months and while every dawn seems like the day the stable rollout begins, Asus keeps disappointing owners of the two devices.

Software development isn’t a walk in the park. Sometimes actual test results aren’t what you expected and that needs reworking the code, sometimes a huge chunk of it. This takes time and more importantly, you can never tell when the working version will be ready.

The fact that Asus is unable to provide ZenFone Max Pro M1 and Max Pro M2 owners with a release date for the stable Android 10 update has opened room for scammers to play around with the hopes of device owners looking forward to the OS.

Not long ago, we debunked the June 12 release date claims, something we have clearly been vindicated. An alleged email from Asus support later hinted at a possible mid-June rollout, which is about the time of this writing.

At this point, though, no one knows whether the OS will actually arrive today, tomorrow, or the day after. To capitalize on this uncertainty, someone faked a tweet using the official Asus India account claiming that the stable OS will begin rolling out on June 20.

When asked about the legitimacy of the information, Asus India was quick to distance itself from the tweet, urging fans to only watch out for the official announcement from the company.

Hi there. No such Tweet was posted. We need to you to avoid believing in such posts and wait until there is an announcement on our official channels.

But for some reason, the above response from Asus India has been deleted from the source tweet, leaving even more room for uncertainties regarding the availability of the ZenFone Max Pro M2 and Max Pro M1 Android 10 update.

Once again, at this point, no one knows the actual release date of Android 10 for ZenFone Max Pro M2 and M1 handsets. But what looks certain is that the claims of a June 2020 release date are fake, although we low-key wish they were true.

All we can do is wait and hope the version that rolls out fixes the many bugs in the current beta firmware. Unfortunately, though, no VoWiFi, native call recording and video calling aren’t on the cards.

The Android 10 update for Max Pro M1 and M2 will not be bringing in the slow-motion recording feature. Head here for more details. 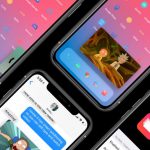