Asus should begin rolling out the stable ZenFone Max Pro M1 Android 10 update in India and across the rest of the globe in the coming days or weeks for that matter.

The company started beta-testing the firmware in late January. By now, ZenFone Max Pro M1 owners expected that Android 10 would be available for their handsets.

Instead, the Taiwanese company pushed a Pie-based May security update towards the end of last month to the dismay of many device owners.

Apparently, the changelog (screenshot above) doesn’t say everything the May security update does to the ZenFone Max Pro M1 handset. But someone has reportedly decrypted the server-side changelog to reveal even more interesting details about the firmware.

Fished from a Telegram channel known as Amack Port Project (@amackPp), the alleged ‘Asus-side’ changelog claims the May update is also meant to prepare the way for the ZenFone Max Pro M1 Android 10 update.

There is no way to ascertain this claim, but given how long the device has been testing Android 10, it’s about time the stable version rolled out.

If anything, this could happen in the next few days or weeks for that matter, especially if the above ‘Asus-side’ changelog materializes. We will have our eyes on the story and bring you updates as and when we have them.

The update to Android 10 for the Zenfone Max Pro M1 is expected to arrive mid June. Head here for more details. 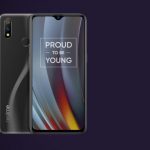