At a time when Android 11 is already rolling out to devices in various forms, it is absurd that a device eligible for an update to Android 10 is still not running an official stable build.

Well, this is the reality for users of the Asus ZenFone Max Pro M1. The device has been in line for an update to Android 10 for many months now but all that’s been forthcoming from Asus is Beta builds and promises.

The Beta builds have been particularly buggy and the beta 3 update triggered an issue with no bass in the device’s audio. Luckily, that has since been addressed.

September 21 saw the release of yet another Android 10 beta update for the ZenFone Max Pro M1. Sadly, in what we’ve now come to expect from Asus’ updates to these devices, there were issues! Again!

One of the issues reported by users has to do with the device’s call-disconnection tone. According to affected persons, the device only notifies of a disconnected call when it is not in silent mode.

In response to this, the forum moderator says:

I have forwarded the information of call disconnect tone to the relevant department. We will keep you updated and your consideration will be very much appreciated.

Another issue that seems a little more frustrating has to do with the device’s Wi-Fi speeds. According to users, upon updating their device to Android 10 Beta 4 (Build version 432), they’ve noted slower Wi-Fi speeds.

I am getting slow wifi speeds in latest Android beta 432 on asus zenfone max pro M1 as compared to pie.

Once again, an Asus ZenTalk Forum Moderator goes to acknowledge and confirm that this issue has been forwarded to the relevant teams.

Thank you all for your asking. I have forwarded the information of the Wi-Fi signal to the relevant department. We will keep you updated and your consideration will be very much appreciated.

It is unfortunate to see how Asus is handling this update to the Max Pro M1. Luckily, there is no shortage of Android 10 custom ROMs (1, 2, 3) for this device.

Maybe it is time for ZenFone Max Pro M1 users to give up on an official stable build of Android 10 and move on?

We shall be on hand to update you when this device receives an update to fix these issues or even an official Android 10 build, whenever that is.

In a recent development, an Asus mod has stated that the team has conducted internal testing regarding the slow Wi-Fi speed issue with the beta version 432 and come to the conclusion that there is no issue with the speed.

After internal testing, we confirmed that the Wi-Fi signal in Android 10 beta V432 performs as well as which in Android 9. Thank you. p.s. I have done cross testing with same device and WiFi router in different firmware versions.

Responding to the same user’s complaint regarding the call disconnect tone issue, a moderator has stated that this isn’t a bug. Instead, the function is baked into Android 10 itself. So we assume Asus will not make any changes to it. 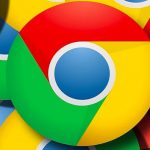 Google Chrome "Another app is displaying over Chrome" issue affecting many users, temporary workarounds inside

[Update: Official ROMs out] Still waiting for MIUI 12 update on your Pocophone F1/Poco F1? This could be the reason