It has been close to eight months since Asus ZenFone Max Pro M2 saw the Android 10 beta update. Since then, multiple betas have arrived for the ZenFone Max Pro M2 but there is no news on when the stable update is going to come out.

However, the OEM has not yet mentioned as to when the ZenFone Max Pro M2 will get the much awaited OS update. Now, it seems that users are facing the touch screen response issue and a ZenTalk moderator has stated that it will be fixed in the upcoming Android 10 update.

Moreover, the moderator also asked the user to take the device to an Asus repair center. However, the same moderator later responded to the user on a different thread stating that there are no reports of the zero touch response issue after the Android 10 update.

Please avoid posting overlapping message, which will disturb the mods and the users to answer the question. As I mentioned in another thread: as far as I can recall, I haven’t received any user reporting zero touch response issue after the firmware update in Max Pro M2 A10. Please bring your device to the nearest repair center for further device checking.

This might mean that some users who are still on the stable Android 9 Pie build are facing the touch screen response issue on their ZenFone Max Pro M2 as the issue was fixed with the Android 10 beta update.

That said, we will provide details once more information about the Android 10 stable update for Asus ZenFone Max Pro M2 becomes available. In the meantime, you can check out our dedicated Asus section for more such stories. 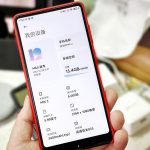