It is still several days before the One Piece 973 release date, but it’s not too early to predict what will be happening. Based on the last panel of the previous chapter, the story will now return to the present timeline. We might still see some more flashbacks (like the rest of Oden’s letter), but they would be revealed later.

For now, we can focus on the present-day where we were left with a cliffhanger. Many questions about the past may have been answered through Oden’s flashback. But there are more questions to be answered in the present time as well.

Before One Piece 973 release date, let us have a recap of the highlights of act two. As there were so many events, I will only include what I think would make a big impact on the story.

1. Hiyori is introduced as Kumorasaki who was killed by Kyoshiro in a banquet. It was a ruse to let her escape. I think they have some sort of a secret romantic relationship and we can debunk the theory that Kyoshiro is Denjiro.
2. Big Mom Pirates arrive in Wano. Big Mom lost her memories for a while after being thrown into the sea by King.
3. Sanji uses the raid suit. We will be seeing this in the anime in the next two or three episodes. It is a major power-up that would help him later. A little later, the Straw hats’ cover was blown after a commotion they caused when Yasuie was executed in public.
4. Big Mom goes to Udon where Luffy is being held captive. They fight, but Queen took down Mama with some sort of strong tranquilizer and brought her to Kaido’s base. When Big Mom woke up, she fought with Kaido, but later they decided to form an alliance to take on the world.

5. Meanwhile, in Udon, Luffy defeats all the guards and takes over the prison. Grandpa Hyo taught him Ryou, a higher form of armament haki which would enable Luffy to deal blows strong enough to penetrate Kaido’s tough skin.
6. In Ringo, Zoro meets and saves Hiyori from Killer. Killer was later taken to Udon prison but escaped with Kid after Luffy’s rampage.
7. Ashura Doji agrees to fight alongside the alliance and preparations for war were made. They gathered 5,000 men, collected weapons in Ringo, Franky fixed old ships they can use to transport them to Onigashima, and Zoro receives Enma.

Meanwhile, in the outside world. News broke out about an incident following the conclusion of the Reverie. The incident included Sabo. This is a huge cliffhanger that will be settled only after the Wano arc.

Also, the warlord system was abolished. Something bad probably happened to Boa Hancock as Oda mentioned something would happen after Wano relating Sabo, Vivi, and Boa.

The God Valley incident was also revealed. The reason why Garp became known as the hero of the marines. The strongest pirate crew was also revealed to be the Rocks pirates, led by Rocks D. Xebec. Furthermore, the bounties of Gol D. Roger and all Yonkos were revealed.

Dilema during the night of the raid

After all preparations for battle, the alliance moved to the final phase of their plan, the raid in Onigashima. Momonosuke and the other Scabbards head to Tokage port where they are supposed to rendezvous with the rest of their allies. To their dismay, all they could find are debris from a shipwreck and a small boat.

The previous night, Orochi ordered his men to attack his enemies. Apparently, he got a tip about the plans of the alliance which led us to believe that there might be a traitor among them. Would it be the same traitor during Oden’s time? We can only guess for now.

What happens next will be revealed in the upcoming chapter. One Piece 973 release date will be on March 1, 2020. Spoilers can be expected as early as February 26 and 27. Raw scans can be expected two to three days before the official release. 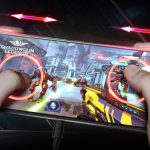 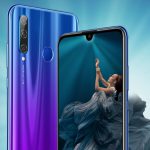