One Piece chapter 956: Truth about the Reverie incident

The incident after the Reverie made front page in the Morgans’ newspaper. Despite the threat from a government agent, Morgans chose to publish their story. They said they get people’s heart dancing by choosing what news is fit to print.

But what is the truth? And why would the World Government try to hide it?

At the World Economic Journal, writers were crammed writing about so many events happening at once. With so many big news, they scramble for the perfect headline and cover.

Morgans had three main headlines to put in the cover: 1) There’s Been a Fatality; 2) Vote Results; and 3) Attempted Murder. Eventually, Morgans decided to have a double A-1, breaking the mold, and having two covers, front and back.

There’s Been a Fatality

It immediately reached the Revolutionary Army and East Blue from where Sabo was born. From the reactions of people with connection to Sabo, it is easy to presume that something bad happened to him. Many speculate that Sabo is dead. But if it was the case, why would the government cover it? No doubt, the World Government and the Marines like to display their power. The public execution of Ace is an evidence of this. So if Sabo was killed, it wouldn’t make sense for the government to cover that truth. Dragon suspected as much. He told the revolutionary army that their first step is to ascertain the truth.

So if Sabo was not the fatality, who was it? Fans speculate that the fatality has something to do with the Nefetari Family.

In chapter 908 of the manga, the 5 Elders considered Alabasta as a traitor since the Nefetari Dynasty decided to remain in the ‘lower realm’ as they call it. The Nefetari family were among the first 20 dynasties or kingdoms to create the World Government we know today.

Prior to that, the 5 Elders or Gorosei convened with Im-sama who he would like to erase from history this time. Could it be that the fatality Morgans mentioned in their paper come from the Nefetari family? Perhaps King Cobra or Vivi? Or both? Of all the big news in this chapter, this is the one which we have the least clue about. Who was the victim and who attempted to kill him or her? This is where Sabo might enter the picture.

This could have led him getting attacked by Cipher Pol and eventually getting captured. It is possible that some of the revolutionary commanders escaped with Kuma while Sabo was fighting CPO. But there is no way to know that now since the Dragon still can’t contact them. Given the three main news of Morgans, which one was the government trying to cover up? The Warlord system abolition was proudly announced. The marines sent navy ships to capture the former Warlords. The news about Sabo is also out. So this leaves us with Nefatari family being the fatality.

This theory is reinforced by Garp’s conversation with Neptune and Shirahoshi. When they reached Fishman island, Garp informed them of an incident involving Alabasta kingdom. He also said that the Navy is using all of its resources to solve the matter.

Finally he asked Neptune and Shirahoshi not to be fearful of the surface and of human beings. This could prove another existing fan theory that Sabo was framed for killing King Cobra and kidnapping princess Vivi. This might be what Dragon wants to confirm first. 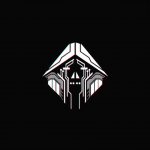 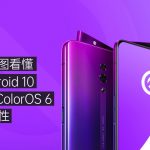