Few days before official release of One Piece chapter 956 and spoilers are already out! Snapshots of the manga in Japanese spreads throughout social media platforms like Facebook, Reddit and Twitter. The main source is @sandman_AP’s forum.

Fans go bonkers as they’ve seen the spoilers with snapshots and translations by @sandman_AP. One of the major spoiler is the news released by “Big News” Morgans that Sabo is dead. Morgans is the president of World Economy News Paper or WENP, a major publishing company in One Piece world.

The spreading spoilers include confirmation of previous fan theories, especially about X-Drake. It also has something to do with Fujitora’s purpose in crashing into the Revirie without Akainu’s permission, and many more. As there are a lot of spoilers to talk about, I will focus first on the one that has caused heated discussions among fans.

In a leaked snapshot, Morgans seemed excited to release a big news about ‘someone’s’ death. Given the nature of excitement, we can assume that that someone is a big personality. However, a government agent held him at gunfire telling him to manipulate the details of the news.

Following snapshots show several scenes of people reading the news which gives fans an idea who that ‘someone’ might be:

1. Dadan and mountain bandits in tears as if to grieve for someone dear to them.
2. Doflamingo laughing at the current situation.
3. Dragon and officers of the Revolutionary Army in shock. Koala will be seen at the side with teary eyes.

Because of the scenes following Morgans’ news, many fans immediately assume that Sabo dies in chapter 956. It is also part of @sandman_AP’s forum. I’m pretty sure it created no small stir among the fans who love Ace-Sabo-Luffy brotherhood. Many speculations almost immediately arise from their discussion. 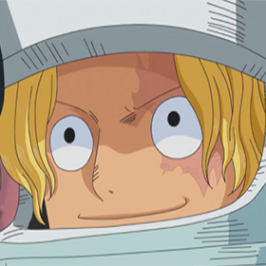 In chapter 905, Sabo the second in command of the Revolutionary Army infiltrated Mary Geoise. He was accompanied by three Revolutionary Commanders, Karasu, Morley and Lindbergh. Their purpose was to attempt to save Kuma and officially declare war against the world government.

During Sabo’s infiltration, he saw Kuma being used as a human cart carrying a Celestial Dragon. This enraged Sabo provoking him to attack. He was stopped by Morley and was told to wait for the right moment. Although still pissed, Sabo complied to avoid blowing their cover.

Their mission probably reached its climax during the Reverie. I doubt that they could perfectly execute their mission without being noticed. With Sabo being constantly provoked, some guards of Mary Geoise must have alerted the marines resulting to a major confrontation.

With Morgans’ excitement about his news, we can assume that the conflict was not made known to everyone in the Revirie. ‘Someone’ surely died during the conflict but it is still unclear who it was. Many fans believe that Sabo was just captured and not killed. So the identity of the casualty remains a mystery.

But why would the government try to hide that information? What would they get out of it?

Several possibilities come to mind. The leaked spoilers also contained a dialogue of Blackbeard in Pirate Island. He commands his crew to set sail. The heading was not stated but according ti the Reddit post, he says he’d rather take “that” than letting the Marines takes it”.

Blackbeard’s obsession with stealing devil fruits gives us a hint that he may be after Sabo’s Flare-Flare fruit. The fake news instigated by the government agent may be a way to lure Blackbeard.

With the commotion brought by the Strawhats in this Pirate era, the world government would probably make this move to thin out their enemies.

But there is another possible side to this story. Remember when Shanks approached the Five Elders in chapter 907. He said he wanted to talk to them about a ‘certain pirate’. Shanks’ connection to the Five Elders is not yet clear but it seems they are willing to listen to him, and Shanks is confident enough to ask them a favor. That ‘certain pirate’ could be Blackbeard. Shanks has a mysterious history involving Blackbeard injuring him in the left eye. Blackbeard did not pose any threat before he got his devil fruit power. But Shanks bothered to visit Whitebeard and warn him about Blackbeard.

In any case, the fake news to lure Blackbeard could be Shanks’ idea. He could have a scheme to take down Blackbeard once and for all. And yet the tide could turn.

Another Chapter 956 spoiler comes to light. It’s about the abolition of Warlords (Shichibukai) system. Details here. 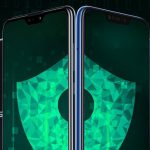