An updated Reddit post has revealed some new details about the incoming chapter. One Piece chapter 957 is titled “Ultimate”. True to its title, the chapter contains details of what probably was the ultimate battle of the olden era.

Not to miss, the rumor about Kuma, Jewelry Bonney, Vegapunk and Ryokugyu is said to be fake. Also, a snapshot of Akainu and Issho’s conversation has been leaked on facebook. The photo posted on facebook shows Fujitora with bruises and a bandage in his head. According to the facebook post, the origin of Fujitora’s injury is from the fight with Sabo. This could confirm Sabo’s participation in the incident during the Reverie.

Fujitora is speaking with Akainu through a transponder snail. Akainu expresses he was against the abolition of the Shichibukai, but has to respect the decision of the world leaders. Fujitora answers all that’s left now is to believe in SSG. SSG is a special science department of the marines headed by Vegapunk. 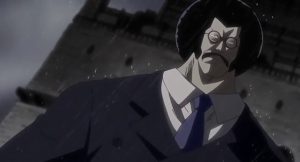 The God Valley incident happened 38 years ago. According to the Reddit post, God Valley is a place in Elbag. It is when Marine Vice Admiral Monkey D. Garp destroyed the Rox Pirates. After the incident, Garp was called “Hero of Marines”. However, Garp does not like this title because he was not alone in taking down the enemy.

Their story is somehow similar to Luffy and Smoker. In many instances, Smoker and Luffy coordinated to take down enemies and threats. The first of which was in Alabasta.

When Smoker discovered Crocodile’s evil plan to overthrow the king of Alabasta, he ordered Tashigi to act according to her own justice. Tashigi ended up supporting the Strawhat pirates in stopping the war and taking down Crocodile.

In the end, Smoker was given credit for exposing Crocodile and taking him into custody. He was then promoted to be a captain in the marine headquarters. Smoker only agreed so that he could continue to pursue the Strawhats in the Grandline. Sengoku received the report about Kaido and Big Mom’ alliance. He recalls that Kaido and Big Mom were members of the Rox pirate crew. Since it was 38 years ago, he expresses that their strength is on a whole different level now.

Talking about their alliance, Sengoku says the worst pirate crew in the world is about to be born. Yonko bounties were shown after Sengoku asked Commodore Brannew about Kaido and Big Mom’s bounties.

Blackbeard – He was called emperor about a year ago. After recruiting strong subordinates in Imple Down and obtaining Whitebeard’s devil fruit, he continued to grow in power. He is currently the ruler of Pirate Beehive Island and the admiral of the Blackbeard Pirates. His current bounty is 2,247,600,000 Berries.

Shanks – Luffy’s idol and Roger’s former crew, Shanks is the youngest of the four emperors. His subordinates, Beckman, Roo and Yassop also made name for themselves for their strengths. Shanks is the captain of the Red Hair Pirates and is known to be the person without devil fruit fruit power who has the highest bounty. His bounty is 4,048,900,000 Berries.

Big Mom – It is said that she attacked Elbaf at a young age. She was adopted by Mother Carmel. After an incident causing the disappearance if Carmel, she was later taken by Streusen. Possibly both of them joined the Rox pirates and later found the Big Mom pirates. Their captain, Charlotte Linlin’s bounty is 4, 388,000,000 Berries.

Kaido – He was once an apprentice in the Rox pirate ship. But through his strength he was later known as the strongest creature. Kaido is the general of the Beast Pirates. His current bounty is 4,611,100,000 Berries. 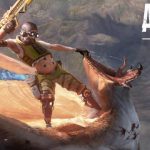