This article is being continuously updated, with new updates being added to the bottom of the story (and in the table)

Apple unveiled the iPhone 12 series on October 13 during the ‘Hi, Speed’ event that was live-streamed online. This time around the Cupertino tech giant didn’t just release 3 phones as it has in the last couple of years.

It’s the first time Apple has equipped all models with OLED displays thus eliminating any major differences between all iPhone 12 series devices apart from the cameras.

Being the latest iPhones, they are also some of the most powerful smartphones, and thanks to iOS 14, users get some much needed features and improvements in the software department as well.

Nonetheless, no matter how good or well-specced a device is, users are bound to run into certain issues mostly due to software errors and glitches.

Of course, at times some problems may unfortunately be the result of hardware problems, however, such issues are often uncommon and usually require the entire device to be replaced.

That said, even though the iPhone 12 series were launched only a month ago, as users have started getting their hands on the new Apple phones, we’re starting to see many bugs and issues being reported.

Matter of fact, we recently reported on several bugs and issues plaguing the iPhone 12 series such as the heavy battery draining problem, overheating issue, and activation issues to name a few.

And as the days go by, new iPhone 12 series issues or bugs seem to surface online with dozens of users demanding Apple to fix such problems.

Fortunately, Apple does fix most major issues via software updates that it pushes to iPhones regularly. Thus, most existing bugs and issues on the iPhone 12 series should be squashed via upcoming patches.

So in order to help you keep track of the status of existing bugs and newer ones that may eventually pop up, we will be tracking all developments and will update the tracker below with the latest information.

02:45 pm (IST): Apparently, iPhone 12 series users are having trouble with the microphone on their devices as it appears to be broken on many video calling applications. Full story here.

01:55 pm (IST): Some iPhone 12 series users who have begun sharing videos on Instagram, Snapchat and other platforms have noticed that the videos are overexposed when viewed in these apps.

However, it appears fine when viewing the video in the native Photos app. To know more about this problem, head here.

04:50 pm (IST): Many users on Verizon and AT&T as well as a few other carriers are reporting that they are not getting good cellular reception or none at all on the iPhone 12 series. Head here to know more about the problem.

06:45 pm (IST): Some iPhone 12 users are claiming that they have been experiencing slow and inconsistent Wi-Fi speeds. As usual, Apple is yet to address the issue publicly. Head here for more details.

10:55 am (IST): Apparently, Apple is aware of the wireless charging problem on the iPhone 12 series and is currently working on a fix for the problem. To know more about it, head here.

04:40 pm (IST): iPhone 12 series users on Verizon are reportedly getting a “Call failed” error message when trying to make phone calls. Head here for our full coverage on the matter.

04:00 pm (IST): The latest iOS 14.3 update fixes the wireless charging issues according to Apple’s changelog for the update. We’re yet to find reports confirming the same. Full story here.

09:50 am (IST): Many iPhone 12 series users have noticed that the gap between the screen and frame of the device is wider than usual and it has led to dust particles accumulating in the gap. Check out all the details here and why the gap exists.

10:05 am (IST): Some iPhone 12 series users say that certain videos captured on their devices get sent as a blue/turquoise/cyan box on iMessage. It’s unclear whether the iOS 14.3 update has fixed the issue or not. Full story here.

05:32 pm (IST): The fact that the display issues on the Apple iPhone 12 have continued throughout iterative updates like iOS 14.2, 14.3, and even 14.4 have now led many to believe that the matter is in fact hardware-related. Read on to know more.

01:05 pm (IST): The Apple iPhone 12 series wireless charging capabilities may be remarkable but are a bane for those with heart conditions. The device reportedly causes cardiac defibrillators to stop working completely and interferes with pacemakers. More info here.

11:15 am (IST): Reports coming in suggest that the update to iOS 14.5 beta 2 may have addressed the annoying display green tint issue on some iPhone 12 models. See details here.

Some of those previously affected by the display flickering issue can also confirm that the update to iOS 14.5 beta 2 may have fixed it. Check out the details here.

04:49 pm (IST): Many users report that their iPhone 12 series device flashes the Apple logo during startup, but the good news is that Apple is aware & working on a fix. Nonetheless, there is a workaround available for now.

05:148 pm (IST): Several users have reported that their iPhone 12 series device has a fluctuating brightness/dim screen issue. Thankfully, we have possible reasons and workarounds here.

06:14 pm (IST): Multiple iPhone 12 Pro users have ended up getting their devices’ screens cracked for no reason. The screens (rear/front) cracks, leaving users with no other option but going for a replacecment. More on that here.

03:38 pm (IST): Apple has apparently optimized the dim glow issue at low brightness levels with black backgrounds on the iPhone 12 models with the stable iOS 14.5 update. Head here for all the details.

06:25 pm (IST): Judging by a bunch of recent reports, it now seems that the flashing Apple logo issue on the iPhone 12 series has finally been fixed. Details here.

02:25 pm (IST): Several iPhone 12 series users have been reporting excessive battery drain following the iOS 14.6 update but there are some workarounds worth trying.

01:39 pm (IST): iPhone 12 series users, even after the iOS 14.5 update, continues to face the screen brightness dimming issue. Upon contacting Apple and running checks, replacing the entire unit comes out the only solution.

9:57 am (IST): Reports now indicate that Apple is bringing a free-of-charge service program for users of the iPhone 12, iPhone 12 Pro who are facing the ‘No Sound Issues’. More on that here.

12:38 pm (IST): After Apple announced a repair program for the sound issues on the iPhone 12 and iPhone 12 Pro in the US, the company is also offering the service in the UAE.

If you are a user in the UAE and are experiencing this issue, you can repair your iPhone 12 for free on an Apple Store or Authorized Service Provider. Source 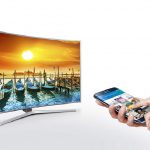 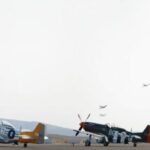