The list of annoying issues with the Apple iPhone 12 Pro keeps growing with several previous ones like speaker crackling, display flickering, and camera focus problems at close range.

And now, there is new evidence suggesting that there is no relief for the device’s wireless charging woes, even as the complaints have continued pouring in for quite some time now.

I have a Belkin wireless charger, and when I got my phone last week, it had no issue charging it. I’ve been charging it on that since, until today, when I tried to, and it wouldn’t work. I moved outlets, unplugged the dock from the cord, took the case off my phone, etc. Nothing worked. Very irritated.
Source

I’m having the same problem with my 12. It won’t charge on any wireless pad I have (3 different brands). My wife’s iPhone 8 Plus charges fine but my 12 won’t charge at all. Any help would be appreciated!
Source

As apparent from the above complaints, users are sometimes unable to wirelessly charge their device at all for most, or intermittently for others.

The issue does seem to be more widespread with third-party chargers, especially charging pads, as that’s what the majority of complainants have been reportedly using.

Now, the Apple iPhone 12 series comes with a revolutionary new technology that makes use of magnets to effectively latch supported wireless chargers onto the device.

Could the new MagSafe technology be the culprit behind the wireless charging issues on the iPhone 12 Pro?

Well, it does seem so, given the fact that users have reported that they are able to charge older iPhone models like the iPhone 8 or XS, with the same charging pads that fail to charge the iPhone 12 Pro.

Most users admit though that a reboot temporarily fixes the issue for them.

Same issue for me. I’ve restarted several times. Every time I restart, it works for a little while then stops working again.
Source

What’s frustrating about the matter is the fact that Apple seems to be already aware of the issue, and has even released a ‘fix’ for the same as well. More details here.

However, reports about the issue keep flowing in even after the update. Apple has since pushed yet another bug-fixing update named iOS 14.2.1, but the problem still holds.

Hopefully, Apple will pull their socks up and address the iPhone 12 Pro wireless charging issues as soon as possible.

For now, be sure to check out our dedicated iOS 14 bug/issues tracker for further coverage on issues like these.

10:50 am (IST): A new report indicates that Apple is currently working on a fix for the wireless charging problem on the iPhone 12. Therefore, those who are troubled by the problem can expect the fix to be released soon.

03:50 pm (IST): Apple has released the iOS 14.3 update to the public and it appears that the wireless charging issue has been fixed, at least according to the changelog shared by Apple:

We’ve shared part of the changelog below: 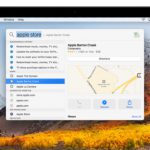 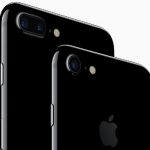