Apple unveiled the iPhone 12 series on October 13 via a live-streamed event in which it also debuted the HomePod Mini and the MagSafe accessories.

Being the latest iPhones, they are without a doubt, some of the best phones that you can get your hands on at the moment thanks to the powerful A14 Bionic chipset and the latest iOS 14 software which brings a host of new features and improvements as well.

Moreover, these are the first iPhones to support 5G connectivity which is a big deal considering the fact that many carriers have already begun deploying 5G in some cities in a few countries.

Of course, with all the new connectivity options, one would assume that the iPhone 12 series should have pretty good cellular reception, however, that does not appear to be the case for many folks.

Apparently, a number of iPhone 12 series users are experiencing network signal drops or no service issues on their brand new devices. We’ve shared some reports from affected users below:

Wondering if anyone is having issues with their connection dropping on Verizon with their iPhone 12? Granted I’ve only had my 12 Pro for a day but I’ve noticed that the signal will completely cut out and go to no signal.
(Source)

I have the same issues with my new Verizon iPhone 12. I drop service randomly in areas that should have the strongest signal (driving through a big city). I always had service in these areas with my iphone XR. It’s very frustrating and I usually have to turn the phone off and back on to get it to recover the service.
(Source)

Received my iPhone 12 Pro on Friday. Activated it on Saturday. Sunday I drove for 10 mns and when I arrive to my destination I saw no reception bars and No Service. And in the middle of the screen in a grey box: Your iPhone is not Activated.
(Source)

According to most users, the cellular reception seems to be poor on the iPhone 12 series when compared to most other smartphones including older iPhone models.

Moreover, the problem even persists when individuals are in areas that usually have good cellular coverage thus eliminating the possibility that the issue might be due to limited coverage.

Furthermore, while most reports appear to be from Verizon and closely followed by AT&T users, the issue does not appear to be limited to users on these carriers only.

According to one iPhone 12 series user from the UK, they are facing the same problem on their device on the EE network.

This is happening for me in the UK too on EE. I have 5G turned off. I have Dual SIM the phone randomly completely drops service. the only way i can get it back is by rebooting the phone. To confirm 5G is disabled as im in dual sim mode. Both Networks are EE.
(Source)

However, due to the lack of more reports from EE iPhone 12 series users, it could also be possible that the problem may be caused by something else entirely.

Nonetheless, according to users, Apple is allegedly working with Verizon and AT&T to investigate the issue. However, Apple has not made any public statement regarding the problem yet.

Since the company is yet to address the issue, many users have begun speculating the possible causes for the problems. Some suggest the issue might be on Verizon’s end, while others claim that it could be a hardware issue.

Of course, we won’t know for sure until the Cupertino tech giant sheds some light on the problem — which it likely will not. Meanwhile, there are a few workarounds that seem to have worked for some.

This simple yet effective workaround seems to have temporarily fixed the problem for some users (1, 2, 3).

To reboot your device, press and hold the Volume Down button and the Power on/off button simultaneously. 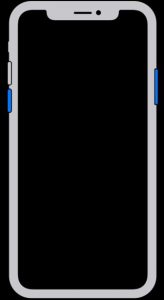 Then, drag the slider to power off the device. Once it shuts off, simply press and hold the power button for a couple of seconds to turn it on.

According to one affected user, swapping out the 5G compatible SIM with a regular SIM card solves the problem.

Just came back from AT&T. They said about 50 people walked in today with new phones for the same reason. Said both Apple and AT&T are working the issue and the only workaround for now is to install a SIM card that does not support 5G, wait for Apple/AT&T to fix the problem, then come back and add the 5G SIM card again. We agreed as the phone is otherwise useless. So no 5G for now. No dropped connections since then so far… nice job Apple and carriers testing your 5G crap. (Source)

Apparently, a user seems to have fixed the network signal drops issue on their iPhone 12 Pro by simply disabling the Wi-Fi calling function and rebooting their device.

I disabled WiFi calling on my device and restarted my phone… ever since, the problem has stopped. It’s been about 18 hours and I have been monitoring my phone signal closely. No dropped signal yet. (Source)

Well, these are some of the temporary workarounds that you can try out in order to fix the no network issues on your iPhone 12 series device.

In the meantime, we will continue to keep tabs on the problem and will post an update once new details emerge. Sadly, this isn’t the only major problem experienced by iPhone 12 series users.

We’ve previously reported about the battery draining, overheating, camera lens flare and other issues. You can visit our dedicated bug tracker to be informed of all reported bugs on the new iPhones.