Apple had recently released the stable iOS 14.5 update to the public after beta testing for longer than any incremental iOS 14.x update.

The update brought along numerous feature additions as well as bug fixes. Soon after, the iOS 14.5.1 update came into the picture but with a fresh issue – performance throttling during startup.

This issue was addressed quickly enough with the iOS 14.6 update though. However, there is still no respite for iPhone 12 series users as a new issue has emerged now.

Several complaints on the official Apple forums as well as other places indicate that the battery life on the iPhone 12 series has taken a significant hit following the iOS 14.6 update.

My 12 Pro has had a night-and-day difference in battery life since I would say iOS 14.5. I’m now seeing red battery in the early evening where that never happened until pretty much bedtime for the six-ish prior months.
Source

The battery drain is present both during regular usage as well as while the iPhone is left idle overnight. Some users have even reported that the phone that used to last for an entire day now dies at evening.

While most of the complaints seem to be from iPhone 12, iPhone 12 Mini, iPhone 12 Pro, and iPhone 12 Pro Max users, there are several from older iPhones as well including the iPhone 8, iPhone XS, and the iPhone 11 series.

The culprit behind the battery draining is unknown but several users did suspect the Podcast and Music apps as they have been consuming abnormally high amounts of battery lately. Or at least that’s what the battery usage page seems to say.

If you are one of the users facing battery drain issues on the iPhone 12 series following the iOS 14.6 update, or any other iPhone model for that matter, then you might want to check out the user-suggested workarounds given below:

1. Re-install Podcast app: As per several comments on the iPhone forums, the Podcast app has been consuming absurd amounts of battery following the iOS 14.6 update.

While the suggested workaround for this is re-installing the app, there have been several users claiming that it did not help. Still, it’s worth a try.

One user also reported that the Amazon Music app has been exhibiting similar battery consumption patterns so you might also want to inspect that.

2. Turn off AirPlay: One user also suggested the following:

Turn off airplay when not using music. I’ve found airplay to consume a lot of battery What I mean is when you pause music, disconnect it from the airplay speaker.
Source

3. Background App Refresh: If the above don’t help, then there’s not much to be done other than waiting for Apple to perhaps fix the problem with the next iterative update.

Still, you can head over to “Settings > General > Background App Refresh” and turn it off for apps you don’t want to run in the background. This should help with the battery drain.

Additionally, you can try putting your phone on battery saver mode when not in use from “Settings > General > Battery > Low Power Mode.” 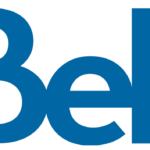