iOS 14.5 is one of the longest betas for any recent incremental update iOS 14.5 has been the talk of the town lately as users are eagerly waiting for its stable version to come out.

The latest iteration of Apple’s iOS is currently in the beta stage. Also, it is one of the longest betas for any recent incremental update which has left users thinking as to when the stable version will come out.

As of this writing, Apple has released the iOS 14.5 beta 8 while regular users still await for the stable version.

Apple users have seen longer beta stages but ever since iOS 10.0 came out, there are only a handful of incremental updates for which the beta stage went on for long.

Among them, iOS 12.2, iOS 12.4, and now the upcoming incremental version of iOS 14 for which the stable release date is not yet out.

While iOS has come a long way in terms of user experience and features that it offers, there is always room for improvement.

This further means that the latest iOS iteration is on its way to surpass even the iOS 12.2 beta program which is currently the longest since iOS 10.0.

It must be noted that major iOS releases like iOS 10.0, iOS 11.0, and so on have had longer beta programs.

It is, however, unusual for incremental updates to have beta stages this long. One of the reasons behind this could be the implementation of privacy enhancements.

Nevertheless, nothing is clear until Apple finally decides to release the stable version of iOS 14.5 which might happen during the upcoming April 20, 2021 event.

That said, we will keep tracking the development of the latest iOS version and will provide more details once new information becomes available.

In the meantime, you can check out our Apple iOS 15 update tracker to get the latest information on the topic.

Moreover, you can go through our dedicated Apple section as there are more such stories over there. 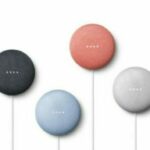 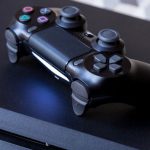