Apple has finally released the stable iOS 14.5 update to the public after testing it via the beta channel for longer than any recent incremental update.

That said, it is also one of the most feature-packed incremental updates in recent years.

It brings support for AirTags, adds new emoji, and even lets users unlock their iPhones with their Apple Watches when using FaceID while wearing face masks amongst a bunch of other things.

But that’s not all. The iOS 14.5 update also fixes a number of known bugs and issues that have been around for months.

One major issue that that has finally been addressed with the update is the dim glow at low brightness levels with black backgrounds on the iPhone 12 models.

Apart from that, the update fixes the bug which prevented iCloud tabs from showing up on Safari. More on that here.

It apparently fixes the AirPods auto-switching issue that was also affecting users on macOS Big Sur as we had highlighted earlier.

iMessage users would also be relieved to know that some bugs such as the deleted messages appearing in Spotlight search have also been addressed with iOS 14.5.

Here’s the complete list of fixes that come with the iOS 14.5 update:

– Battery health reporting system will recalibrate maximum battery capacity and peak performance capability on iPhone 11 models to address inaccurate estimates of battery health reporting for some users (https://support.apple.com/HT212247)
– Optimization to reduce the appearance of a dim glow that may appear at reduced brightness levels with black backgrounds on iPhone 12 models
– AirPods audio routing to incorrect device for Automatic Switching
– AirPods Automatic Switching notifications might be missing or duplicated
(Source)

As you can tell, Apple has addressed many bugs and issues that were bothering users for several months.

Some of these issues weren’t as apparent as others but were a pain in the neck nonetheless. So in case you’ve been facing any of these issues, we’d suggest downloading the iOS 14.5 update right away.

Having said that, you can keep track of all bugs and issues on iOS 14 by checking out our dedicated tracker. 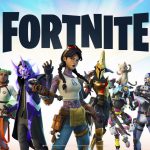 [Update: Fixed] Microsoft Teams down and throwing white/blank screen or stuck on loading