Several iPhone 12 Pro users have taken to the forums complaining that the device’s camera focus isn’t functioning as intended on objects from a very close range.

Now, the Apple iPhone 12 series was released on October 23, and it comes with a range of exciting new features. One of them is the TOF 3D LiDAR scanner which aids the camera software to understand scenes better.

Could the brand new sensor be the culprit behind the iPhone’s 12 Pro autofocus troubles? We investigate the issue.

Close up autofocus indoors is broken. I’m convinced it can be fixed with software. If they can fix video orbs too, that would be super. I’m not saying Apple is doomed. Just confirming there is a bug with semi low light close up autofocus.
Source

Photographer here on iPhone 12 pro. Yes I can confirm there’s a software bug with AF and normal lens, the bug is in the AF-lock, the camera starts to acquires the focus but when you go close it tries to switch to other lens or lidar to acquire the focus, and it fails but instead to go back to the old focus point, it get blurred.
Source

Judging by comments on the forum, it seems that the problem is pretty widespread. The iPhone struggles to focus on close-up objects and tapping on the screen to force a manual focus doesn’t seem to work either.

Also noteworthy is that the problem arises only in indoor lighting conditions. Users say that the autofocus functions pretty well in outdoor lighting.

Definitely appears to be related to low light shots. I was less than 2 inches away from the flower in this picture…no problems focusing. Trying to take a picture inside at the same distance foreground subject is blurry and background crystal clear.
Source

Furthermore, the issue is only present on the Pro variant of the iPhone 12.

Given the fact that the iPhone 12 and 12 Pro use exactly the same camera setup, with the exception of the LiDAR scanner on the Pro, it is quite likely that the culprit is the scanner.

The only known workaround for the issue is to use the ProCam app which can be downloaded from here. The app offers a plethora of extra features that are not found on the default camera app.

You can use the app to manually focus and take a close-up shot of any object.

Thus, it can also be concluded that the iPhone 12 Pro does not have a greater minimum focus distance. Rather, the issue is limited to autofocus only.

If the reason for the issue was a greater minimum focus distance, then the ProCam wouldn’t have helped at all.

This issue doesn’t seem to be affecting all the iPhone 12 Pro devices though, as several users have commented that they don’t face any problem as such.

Apple support said it could be a software issue. I said that I had both iOS 14.1 and 14.2, they replied that “betas are tricky” and it could be fixed on later versions. Support gave me a few options, either wait for updates or go to a store and get the phone checked.
Source

Coming to the iOS version, the issue might’ve been fixed on iOS 14.2 Release Candidate as the following user has reported:

iOS 12.2 RC corrects this problem. I had the problem on 12.1, and no longer have it.
Whereas on 12.1 you could see that there would be no focus, 12.2 repeatedly focuses (on all lenses).
For extra close shots, the telephoto lens is better than the regular lens.
Source

Hence, you may also try your luck by installing the latest beta version of iOS.

You can also check out the demonstration video posted here, just in case you want to compare your situation with others facing the same problem.

It is also worth noting that several users have reported that autofocus issues are not restricted to just close range objects, with several comments saying that the autofocus seems to be less efficient overall when compared to older models like the iPhone 11.

I’m having the same issue. Thought it was me… but the camera hunts for focus much harder than my 11Pro. Disappointing. Mine arrived Friday, too, and so I thought I’d give it the weekend to see if it was a pervasive issue or just my phone.
Source

Keep in mind, though, that the iPhone was released just around a week back. Hence, it is quite possible that the software is just a bit around the edges.

However, given Apple’s track record when it comes to fixing bugs, this issue should vanish in no time.

Furthermore, a similar issue was reported by Samsung Galaxy Note 20 Ultra and S20 Ultra users, so your device isn’t the only one with such problems.

That being said, let us know in the comments below if you got any other workarounds for the iPhone 12 Pro close-range focus issues.

05:35 pm (IST): iPhone 12 Pro Max users are also facing similar camera focus issues at close range. However, a few are also reporting that they are experiencing flickering problems while recording videos and for some, horizontal lines also appear.

We’ve shared an screenshot of the issue below:

These issues do not seem to be widespread at the moment therefore you shouldn’t be worried about purchasing the iPhone 12 Pro Max in case you had it in mind. 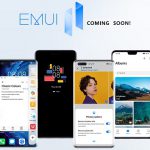