iPhone 12 users have had a terrible past with the displays. From fluctuating brightness to tint issues, iPhone 12 displays have been atrocious piece of tech.

The release of iOS 14.5 gave out a glimmer of hope as everyone anticipated that the issue was finally addressed.

The update brought significant improvements to the brightness dimming issue on iPhone 12 series and for once, everyone thought, all this time it had something to do with the software.

But hold on, that’s not what it appears. Even after all this saga that went on for weeks and finally getting falsely relieved that it has been fixed, the issue of brightness dimming is once again making an appearance on the iPhone 12 series.

Much to everyone’s disappointment, reports have started to surface again where users on iOS 14.5 are having the same brightness dimming issue.

As reported, the brightness keeps dimming even with the auto-brightness option disabled. Check out what users are complaining about.

I have the iPhone 12 Pro Max and it constantly dims. I made sure the Automatic button was off, it still dims. I went to answer the phone and it had dimmed itself down to an almost completely dark screen.

I’m having the exact same “dimming” issue with my iPhone 12. I’ve applied all the Apple Recommended fixes (Brightness settings, True-Tone off, Accessibility settings, etc) and nothing works. My phone is actually dimming and “lighting up” as I’m typing this message.

Just for a reminder, we speculated display-related issues could possibly be due to the hardware and now the reports suggest this is indeed true.

A user who claims to have paid a visit to Apple shares his experience where initially it was believed that this is due to the software but after running multiple checks by the diagnostic machine, it was found out that the device was affected by a bunch of other faults too.

Screen replacement offered initially can not resolve this issue and a complete device replacement seems to be the only way to get rid of the problem.

The new unit seems to be working fine for the folk and the issue never appeared again.

All of these incidents when combined together hints at a horrible screen defect on iPhone 12 series on the units produced earlier.

Apple may have realized it soon and began to clean things up on the new units before it could go widescale as replacements units that are presumably manufactured at a later date, are working fine.

That said, we advise each of the affected users to get it checked by Apple and see if it can be replaced by a new unit. That should address this issue once and for all. 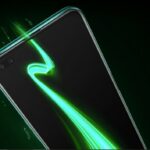