Optus is currently the second largest wireless telecommunications provider in Australia and offers several Android phones that are expected to receive the Android 11 update. But before checking out the list of eligible devices, let’s first take a look at a few details regarding the release of Android 11.

Google was set to release Android 11 at its Google I/O event which was originally scheduled for May 12–14. But citing the COVID-19 pandemic, the search giant ditched the in-person event and released the first Android 11 beta update alongside a brief post on Reddit.

Soon after Google made the update available for its Pixel devices, OnePlus also released the Android 11 developer preview for its 2020 flagships. Next in line to release the beta were OEMs such as Xiaomi, Realme, and Oppo.

By the beginning of July, the Android 11 beta program was already available for 13 devices from 7 vendors. But that’s not all, other brands such as Tecno Mobile also joined the beta party. Thus, it appears more major players in the industry have begun to take OS updates a lot more seriously than a few years ago.

A few days ago, Google also released the Android 11 beta 3 update for its Pixel phones. So we can expect to see the stable Android 11 update arrive soon. That being said, it’s now time to check out the Android 11 eligible devices from Optus in Australia.

Predicting which smartphones will receive an upcoming Android OS update has been pretty easy. Many OEMs stick to providing two major OS updates for their devices. Samsung was one of such OEMs but it surprised everyone during its UNPACKED event by announcing that it will provide 3 OS updates for its flagships moving forward.

Further OnePlus and Google are one of the few brands that provide 3 OS updates for their phones. So taking past trends and OEM update cycles into account, we’ve curated a list of phones and tablets offered by Optus that might get the Android 11 update.

These are the devices from Optus that we expect will get the Android 11 update once it’s rolled out via their respective vendors. Keep in mind that this is by no means an official list by Optus. Therefore, it’s possible that a couple of devices mentioned here may not receive the update.

It’s also possible that a few devices that may not be listed here will bag the Android 11 update. Nevertheless, Android 11 will first be released for Google’s Pixel smartphones after which it will begin rolling out to other eligible devices from different OEMs.

To help you keep track of the Android 11 rollout, we’ve created dedicated trackers for OEMs such as Xiaomi, Vivo, Huawei/Honor, OnePlus, Samsung, and Realme.

05:15 pm (IST): Optus has released the Android 11-based One UI 3.0 update for the Samsung Galaxy Note 20 and Note 20 Ultra in Australia. Head here for all the details.

12:28 pm (IST): The carrier has updated its software update page to reflect that Android 11 is currently being tested on the Samsung Galaxy Note 10+, Note 10+ 5G, and Galaxy A90 5G. Therefore, we can expect these phones to bag the stable update soon.

03:45 pm (IST): Fresh reports from users indicate that Optus has started seeding the Android 11 update for the Samsung Galaxy Note 10+ in Australia. The carrier’s official software updates page does not reflect the rollout yet.

05:15 pm (IST): Optus has apparently completed the testing of One UI 3.0 (Android 11) for the Samsung Galaxy A90 5G. It suggests that the stable update may go live soon. Check out the full story here.

06:23 pm (IST): As per details shared by Optus on its software updates page, the carrier has completed the Android 11 and Google CVE (Jan) testing for the Galaxy S20 FE.

07:25 pm (IST): Optus has confirmed that it is currently testing the Android 11 update for the Samsung Galaxy A51 along with the January patch.

05:45 pm (IST): Optus Australia has confirmed that it is testing the One UI 3.1 update based on Android 11 for the Galaxy A50. Thus, users can expect to get the update shortly.

05:14 pm (IST): According to details available on the carrier’s software updates page, the Android 11 update for the Samsung Galaxy A71 5G and Oppo A72 is currently under testing. Both phones have bagged the update in a few other regions.

02:31 pm (IST): Optus’ update tracker has been updated to indicate that the testing for Android 11 update for Oppo A72 is now complete.

11:40 am (IST): Optus has updated its Android software updates page and it seems the One UI 3.1 update based on Android 11 might be rolling out to its Samsung Galaxy A21s variant. The OS update also appears to bring the March 2021 security patch to the device in question. Windows 11 taskbar still can't be resized even after the latest update to build 22000.132 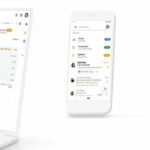 Gmail ^f_bisa label keeps showing up even after deleting for many, but there's a possible workaround