The company is showing no signs of slowdowns and is even geared up to release the Galaxy S21 lineup today which is expected to bring a host of improvements in terms of hardware and software. 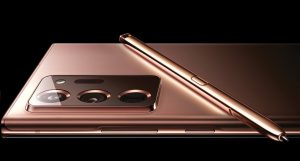 Matter of fact, the device is expected to come with the One UI 3.1 skin that will later become available to older Samsung models. More on that here.

As of now, many devices are yet to get the Android 11 update alongside One UI 3.0. But that is slowly changing since the update has been steadily rolling out to more devices in various regions.

Adding to the growing list of models that have bagged the update are the Optus and Vodafone Samsung Galaxy Note 20 devices in Australia.

The update is rolling out with the build number CTL5 for the Galaxy Note 20 and Note 20 Ultra and brings the January security patch with it.

A user from Australia has also confirmed receiving the Android 11-based One UI 3.0 update on their Samsung Galaxy Note 20 on the Vodafone network.

Unfortunately, we haven’t come across any Optus Samsung Galaxy Note 20 users confirming the same. Feel free to let us know if you received the update in the comments section below.

That said, neither Optus nor Vodafone have updated their official software update trackers to reflect the release of Android 11 with One UI 3.0 on top for the Samsung Galaxy Note 20 series in Australia.

Now, while the One UI 3.0 update has been released for most of the company’s flagship models, devices from the Galaxy A series and M series are yet to get it.

So stay tuned to our dedicated tracker to know more about the status and availability of One UI 3.0 for all eligible devices from Samsung. 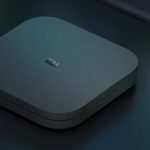