Telstra is currently the largest mobile network in Australia and offers several Android phones that might be eligible for the upcoming Android 11 update. But before we check out the list of eligible devices, here are a few things you may want to know about Android 11.

For the past few years, Google has been announcing new Android versions at its Google I/O event. However, citing the spread of the Coronavirus, the company canceled the in-person event for 2020. Instead, Google released the first Android 11 beta with a brief post on Reddit.

But the good news doesn’t end there since the beta was rolled out to a few other phones. And by the beginning of July, it was already available on 13 devices from 7 vendors. Not much later, even Tecno Mobile announced its Android 11 beta program for the Tecno Pouvoir 4.

This just goes to show that the state of Android OS updates has been improving over the past few years. That being said, it’s now time to check out the list of Android 11 eligible phones offered by Telstra in Australia.

Thus, if a device released with Android 9 onboard, it’s highly likely that it will get the Android 11 update. Of course, there are exceptions to this such as Google and OnePlus who both release 3 major OS updates for their devices.

Nevertheless, taking past trends and OEM update cycles into account, we’ve curated a list of phones and tablets offered by Telstra that could get the Android 11 update once it’s released by the OEM.

These are the devices from Telstra that we expect will receive the Android 11 update. Needless to say, this is by no means an official confirmation. Thus, any phone/tablet mentioned in the list may or may not receive the update due to unforeseen reasons.

Further, there are chances that a device not mentioned here may bag the Android 11 update. So we suggest taking the information with a pinch of salt. It’s also too early to provide an ETA for the arrival of the stable update for any of these devices.

But it will be safe to assume that Google’s Pixel phones will be the first to get Android 11 once it’s released. To make things easier for you, we’ve also created Android 11 update trackers for OEMs such as Xiaomi, Vivo, Huawei/Honor, OnePlus, and Realme.

In case that does not cut it for you, we’ve also listed Android 11 eligible smartphones from carriers such as Fido, T-Mobile, Sprint, Verizon, AT&T, Rogers, TELUS, O2, Three, EE, Vodafone, and Bell. 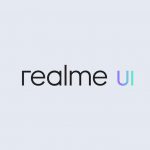