The UK carrier Three — also known as Three UK, offers several phones that might be getting the update to Android 11. But before we get into checking out the list of devices that are eligible for the upcoming update, you may want to know a few details regarding the release of Android 11.

Every year, Google announces a new version of Android. This has been the case for over a decade. About a month ago, Google released the first Android 11 beta build for its Pixel-branded smartphones, excluding the Google Pixel and Pixel XL.

Soon after, OnePlus was the first OEM other than Google itself to release the beta for its flagships — the OnePlus 8/8 Pro. And not much later, by the beginning of July, it was already available on 13 devices from 7 vendors.

Brands such as Realme and Xiaomi were also one of the first to kick-start their Android 11 beta program. Thus, it’s good to see OEMs taking a step in the right direction by speeding up the update process. Although, there are still some roadblocks to be addressed.

Carriers such as Three often release system updates after conducting their own testing. As a result, software updates tend to arrive a tad later on carrier-branded phones when compared to unlocked units.

Predicting which smartphones will receive an upcoming OS update has become relatively easy. This is because most OEMs follow a specific update cycle. Brands such as Samsung, Huawei, and Nokia often release 2 major OS updates for their devices.

On the other hand, OnePlus and Google are the two major brands that offer 3 OS updates. Taking this information into account, we’ve put together a list of phones from Three that may get the Android 11 update.

These are the phones offered by Three that could get Android 11 when it is released by their respective manufacturers. Of course, this list is by no means an ‘official’ confirmation by the carrier. There are chances that some of the devices mentioned here may not get the upcoming Android version.

Further, it’s also possible that a device not on our list may bag the update. It’s also too early to provide an ETA for the arrival of the stable Android 11 update for any of these phones offered by Three. Although, the Pixel-branded phones will be the first to get it.

To keep track of Android 11’s rollout, you can take a look at our Android 11 update trackers from OEMs such as Xiaomi, Vivo, Huawei/Honor, OnePlus and Realme. We’ve also listed Android 11 eligible devices from carriers such as Fido, T-Mobile, Sprint, Verizon, AT&T, Rogers, TELUS, and Bell. 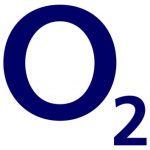