NOTICE: We’ve compiled a comprehensive Android 11 update tracker for all the major OEMs and carriers, and will be updating it continuously. Apart from that, we’re also maintaining a separate Android 11 tracker for the big 4 US carriers.

Due to the COVID-19 pandemic, Google was not able to host Google I/O this year. As a result, the announcement for Android 11 was delayed. However, the company didn’t wait too long before it released the first Android 11 beta build.

As expected, the beta was released for the Pixel lineup. That includes the Pixel 2/2 XL, Pixel 3/3 XL, Pixel 3a/3a XL, and the Pixel 4/4 XL. Although, a few other Android vendors announced their Android 11 plans right after Google.

Further, OnePlus went ahead and released the first Android 11 beta for its flagships, the OnePlus 8 and 8 Pro. Within a few days, we saw the beta update arrive for 13 devices from 7 vendors. This is something that was previously unheard of.

While Android vendors are beginning to speed up their update cycles, carrier-branded smartphones still get system updates later than their unlocked counterparts. It happens because carriers also test new updates before seeding it to users.

However, while the updates might be delayed, carriers such as Sprint do release them eventually. Speaking of which, Sprint which is now part of T-Mobile has a bunch of smartphones that are expected to receive the upcoming Android 11 update.

Most Android OEMs release at least two major Android updates for their phones with the exception of Google and OnePlus that deliver three. Taking this into account along with past trends, we’ve compiled a list of Sprint-branded smartphones that may get the Android 11 update.

These are the Sprint-branded devices that might bag the upcoming Android version. It’s worth noting that this isn’t an official confirmation. Thus, there are chances that a device on the list may not receive the update due to various reasons.

Further, it’s also possible that a device that is not present on the list may get the update. It’s also too early to provide an ETA for the update on Sprint-branded smartphones. Although, carriers do push OTA updates within a few weeks or a month after it arrives for unlocked units.

On the note of carrier-branded phones, we’ve also created a list for T-Mobile and Verizon Android 11 eligible devices. You can even check out our Android 11 update trackers for OEMs such as Xiaomi, Vivo, Huawei/Honor, OnePlus, and Realme.

NOTICE: We’ve compiled a comprehensive Android 11 update tracker for all the major OEMs and carriers, and will be updating it continuously. Apart from that, we’re also maintaining a separate Android 11 tracker for the big 4 US carriers. 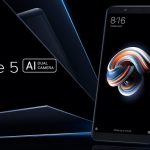