Last year, Google surprised some of us when it announced that the Realme 3 Pro would be among the devices beta testing the early release of Android Q. This announcement was made at the Google I/O 2019, an event that didn’t materialize this year due to the COVID-19 pandemic.

Despite the pandemic, Google went ahead and released the new Android R developer preview for Pixel phones. In June, the company released the first public beta of the OS, which will hit devices as Android 11 beginning somewhere in September 2020.

Although the case of the Realme 3 Pro Android Q beta update isn’t one we’d want Realme to borrow a leaf from, it was a sign of the good things to come. The OPPO subsidiary has since pushed the OS to the device and a host of others, the latest being the Realme 2 Pro.

Folks in China can now download and install the latest Android 11 beta update on their devices right now. Of course, this isn’t the firmware you’d want running on your daily driver, so be sure that you have another device just in case you decide to try the new OS on your X50 Pro.

If interested, we have the download load link to the firmware, but be sure that this is what you actually want on your Realme X50 Pro handset. Otherwise, sit back and wait for the official rollout, probably in Q4 2020.

Speaking of official availability, we have put together a list of devices we think will be upgraded to Realme UI 2.0 based on Android 11 here.

The Android 11 beta update is now available for users globally. Those interested can use the following download links to install the package:

The update to Android 11 beta 1 for the Realme X50 Pro Player Edition has been released with the Realme UI. Head here for more coverage.

IST 02:59 pm: Realme CEO — Madhav Sheth — has teased Realme UI 2.0 based on Android 11 running on the company’s current flagship smartphone, the Realme X50 Pro in an image that he shared on Twitter. See the teaser and more details here. 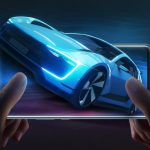