Google is set to officially unveil Android 11 in the next few weeks and a number of devices from its Pixel-line of devices will get updated on Day 1.

Other OEMs (Samsung, OnePlus, Realme, Xiaomi) are also taking a headstart in the development of Android 11, all in the aim to release stable builds soon after Android 11 is officially released.

Today, Realme has announced that it is rolling out an Android 11 preview to users of the Realme X50 Pro. We’ve known about this update since way back in July. As this is a pretty early release of Android 11 for any device, Realme is limiting this rollout to only 100 seats.

According to the official announcement, the applications open on September 8. These slots are bound to go fast so you might want to keep an eye on the application channel for when these openings become available.

To be eligible for applying for a slot in this program, users need to ensure that they’re running the very latest build of Realme UI. At the time of writing, that is version RMX2076PU_11.A.35. 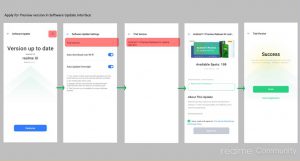 Realme promised to announce its detailed Android 11 roadmap after the official unveiling of the new OS by Google. Users of Realme devices that are eligible for this update should look forward to that.

In related news, Realme’s CEO, Madhav Sheth has just teased RealmeUI 2.0 ahead of Android 11 launch. We’ve seen the Realme X50 Pro Android 11 for a while, but this is the first time an official image showing the phone running Android 11 has popped up.

Could this have been a tease of the Android 11 Beta we’ve talked about? Well, it certainly looks like it.

IST: 06:30 pm: Glimpse of Realme UI 2.0 (or Android 11) beta running on Realme X50 Pro along with a comparison with Realme UI 1.0 has surfaced in videos. Head here for the complete coverage.

IST 01:43 pm: The Early Access registration for the Realme UI 2.0 update based on Android 11 is now live for Realme X50 Pro users in India. Selected users must have the A.35 software version installed to get the update. More details here. 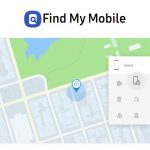