As Google is going full throttle with the Android 11 (Android R), slowly Android 10 is now becoming a thing of the past. The first beta of Android 11 was released recently, making it available for more number of devices.

OnePlus has already joined the beta party by releasing Android 11 Beta for its OnePlus 8 series, Xiaomi has also announced its Android 11 beta update plans for Xiaomi Mi 10 and Mi 10 Pro. Similarly, Poco has also conveyed the same for the Poco F2 Pro.

Well, Realme is also not too far behind. Matter of fact, the Android 11 long term beta recruitment for the Realme X2 Pro already went underway last month and the update is under development.

And as per a tweet by the official Twitter handle of Realme, the OEM is soon going to push the Android 11 (Realme UI 2.0) update for the Realme X50 Pro. Besides this, the CMO of Realme India Francis Wang also confirmed the same.

Ready to test @Android 11 Beta 1 on your #realmeX50Pro? #realme is bringing to you the chance to be among the first to try out #Android11.
Stay tuned! #LeapToAndroid11 This is some positive news for all the Realme X50 Pro, as it depicts that the company is already working towards the development of the next firmware so that the wait time for the Android 11 can be minimized.

And in line with this, shedding some more information on this matter, Realme has revealed that the Android 11 (Realme UI 2.0) beta update will be available for the early adopters and developers, somewhere in mid-July.

Now as far as Android 11 eligible Realme devices are concerned, going by the default update policy of Realme of releasing two OS updates for its devices, Realme phones with Android 9 Pie or Android 10 pre-installed stand a shot at the Android 11 update.

Realme X50 Pro is the company’s latest flagship phone that comes with Snapdragon 865 processor and all the top of the line specs. And this early Android 11 experience will be like a cherry on top.

The Android 11 adaptation has been completed for the Realme X50 Pro, and the update is now available. Head here for more coverage.

Thanks for the tip, Nidhin Kj.

IST 03:01 pm: Realme CEO — Madhav Sheth — has teased Realme UI 2.0 based on Android 11 running on the company’s current flagship smartphone, the Realme X50 Pro in an image that he shared on Twitter. See the teaser and more details here. 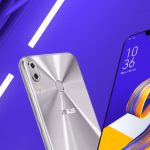