One Piece 970 spoilers release date and prediction: Will Oda show us Oden and Kaido's full fight?

The next chapter of One Piece is just around the corner and it’s that time of the week again for fans to predict what will happen while waiting for One Piece 970 spoilers. A week-long wait is never boring especially with every chapter getting more hype every time.

This upcoming chapter might be the most anticipated of all the flashback chapters. Not only because it might be the last flashback chapter, but it might finally be the chapter where we see the big epic fight between Oden and Kaido. The question, however, is whether Oda will show us the whole fight or just tease us again.

There have been many so battles that we wanted to see but Oda sensei preferred to withhold them from us. This got me thinking, is Oda may be planning to make movies out of them. It will be amazing. Just imagine a movie titled “The God Valley Incident”. There sure is a nice ring t it.

However, that would only make sense to some battles but not to all. For example the battle between Roger and Whitebeard. Many fans thought it would be the most epic battle in One Piece and if Oda did not show it to us during Oden’s flashback, then there would be no other time we could see it.

Would it be the same with Kaido and Oden? I certainly hope not. But if it will be the case, I think there would be an acceptable reason. Although we badly want to see Oden fight Kaido, Oda may not show us the full fight to hide Kaido’s full battle capacity until his final battle with Luffy. We might see a glimpse of this when One Piece 970 spoilers are out.

What could happen in One Piece 970?

Aside from Kaido and Oden’s big fight, there are still so many details that need to be covered before Oden’s flashback ends. Maybe that’s what Oda would like to show us. Here are some of them:

1. Kaido is in Onigashima, while Orochi is in Flower capital

Are Oden and his Scabbards going to split up? Or is Kaido and Orochi somehow in the same place, perhaps for an occasion such as the fire festival?

2. The reason for Oden’s foolish acts

We would certainly hope it will be revealed in the next chapter, but it might be reserved for when Shinobu finally breaks her silence about it in the present timeline.

This would be sad. I hope this will not be the first of One Piece 970 spoilers to appear. To publicly execute Oden would be to show the people that Oden no longer has any power and that no one can put their hopes us for him. This will be a statement that Orochi is now true and the only shogun and that everyone will have to accept it or perish.

4. How the battle between Kaido and Oden is concluded

We already know that Oden was able to injure Kaido, giving him his prominent x-shaped scar. A scar that big must have taken Kaido aback, so how did he actually defeat Oden? I don’t think their battle was within the capital city, otherwise, it would be a wreck.

5. The scabbards in action

The Nine Red Scabbards clearly split up at some point to save Toki, Momo, and Hiyori. I think this happened after Oden was publicly executed.

6. How did Kaido get the road poneglyph?

Oden returned to Wano with Roger pirates to get a rubbing of the road poneglyph which was in Wano. Clearly Kaido was already there as Orohi’s benefactor. So why would Kaido not get the road poneglyph as soon as he got to Wano? I think he did not know anything about them beforehand. Orochi would probably have no idea about them as well as even Oden was so casual about it. Kaido probably only knew about it after either torturing Oden or stealing his journal at the Kuri castle before burning it down.

On a side note, I would like to see what becomes of Denjiro. His return in the previous chapter rekindled my interest in him and his possible relationship with Shimotsuki village in East Blue. Denjiro was perhaps the most responsible of all the Scabbards. He was the one who thaught them manners. He also keeps Kuri financially stable by borrowing money from other villages. I believe his primary source of funds was Shomotsuki Yasuie. This would create a personal bond between them that would make Denjiro respect the Shimotsuki a lot. It would then make sense to name a village he found with the same name as the man he revered. 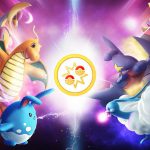