Updates on One Piece chapter 960 spoilers clarify some major details. A Reddit post by brikskohuh details some translation from an unnamed Korean spoiler site discussion. More spoilers and translations were also included on the same post.

The title of the chapter is Kozuki Oden Appears. It may be one of the few chapters detailing the life of Oden from youth up. Some parts of Wano’s history may also be revealed in the coming chapters. Here is a summary of some spoilers focusing on Oden

In a leaked image on Facebook, Kozuki Sukiyaki can be seen conversing with one of his subordinates. Sukiyaki was telling him the tale of Oden’s childhood. 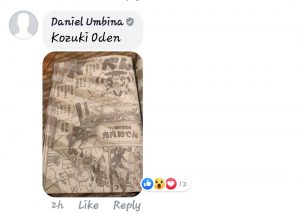 Oden had an unconventional childhood. At age zero he could catch two rabbits. When he was four he could knock out a bear by throwing stones at it. At age six he was already gambling in the red light district.

By nine years old he became infamous in the underworld and was banned from entering casinos. And by age ten he was arrested for fighting with people from the underworld.

All this did not stop him however, as his actions worsened as his age progressed. At age 18, Oden was still causing various troubles in the land of Wano.

Oden is shown with his iconic top knot or hair dress. He is considerably tall with a masculine body. He wears a short kimono exposing his arms and the lower part of his thigh down to his legs.

Oden is girded about by what seems to be a traditional sumo wrestler’s knot. In previous chapters, Oden’s silhouette seems to have a mustache. In the leaked image however, Oden has no mustache. It could be his appearance as a younger man.

One part of the spoiler puzzled me. The Reddit spoiler post says that a person was in a cremation place igniting the remains of his father. Next it says that Oden is cooking on the flaming body to eat. Later, a raw translation confirmed that it was not Oden’s father. The flaming deceased body belonged to a person named Katsuzo. He could be Oden’s friend or someone important to him.

Originally, his purpose in coming was to say goodbye to the deceased. Instead he cooked in the burning body and drank some booze. Before he left, Oden said to the deceased Katsuzo that the next time they drink would be in the other world.

Other Details on Oden

Oden overheard the commotion caused by Kinemon’s actions relating to stealing of a pig and wallets. The pig’s name is ‘mountain god’ and it attracted thousands of pigs from the mountains causing injury to the people. Oden said the pig was interesting and asked Kinemon to give him the pig. This probably was Oden’s first encounter with Kinemon.

The next translation was quite ambiguous but it suggests Oden caused a chaos in a harem. A harem is a group of women associated with one man. It would be remembered that the previous chapter ended with Oden passing by a road in Wano. The people around said they should hide their wives and their children. 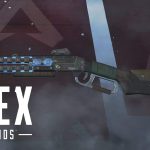 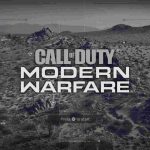