One Piece Chapter 962: Oden's Journal - Daimyo and the Vassals

One Piece chapter 962 officially releases today in the weekly Shonen Jump issue. Not only does it clarify spoilers, but also give interesting account of Oden’s life and his retainers. The title of this chapter is Daimyo and Vassals. As the title suggests, it focuses on how Oden gathered his vassals or retainers.

When Oden decided to leave Hakumai, he started writing his journal. He just learned that voyagers write on their journals on a daily basis. As Oden dreamt of sailing one day, he thought he could start recording his life beforehand. Here is a brief summary of the chapter.

We learned from spoilers that When Oden left Hakumai, he was set up by Orochi for stealing. The set up was almost perfect. The only flaw was that Yasuie knew Oden better than Orochi.

One of the samurai of Yausie showed to him how disastrous Oden’s guest room was. Yasuie said they should just consider it a natural disaster. But for all we know, it possibly was Orochi who did it to the room. Probably to show that Oden has motive by searching the place for money and destroying it in the process.

To complete his set up, Orochi hesitantly reported Oden slipped the money into his sleeve. That is to say Oden secretlt stole the money. But it dis not add up to Yasuie’s mind. He knew that if it was Oden, he would not be so naive as to do it secretly. Oden’s journey in the land of Wano

Oden left Hakumai to go to Kuri in search for Ashura Doji. But instead of going there directly, Oden decided to take a detour around Wano. Naturally Kinemon and Denjiro followed him everywhere. This is when Oden started his journal to record their adventures.

His first entry was their travel to Ringo which was nearest to Hakumai. There he met young Izo and Kikunojo. They were brothers who came from a family of dancers. Their father was arrested for undisclosed reason. Their family split up and they tried to make money by dancing ever since.

The townsfolk were cold to them however and they did not find much success in dancing. They came to Oden begging for food. They then started following Oden and eventually became his vassals. Many years will pass and Izo would become 16th division commander of Whitebeard’s fleet.

After Ringo, Oden’s small group proceeded to Kibi. There they encountered what Oden described as a monstrous creature. But this creature was just Kanjuro. Kanjuro was infamous for cutting the hair off from both the living and the dead.

Kanjuro fashioned the hair he cut into paintbrushes. He then sells them to make a living. He tried to steal Oden’s hair and was beaten up. From then on he started following them.

Their next destination was in the deep forests of Udon where an infamous bandit was rumored to lurk in. As it turns out, Oden knew the bandit. It was Raizo, a genius ninja who used to be a member of the Kozuki clan’s Oniwabanshu. He left the corps because a kunoichi turned him down. Sick of hiding, Raizo followed oden from then on. Ashura Doji VS Oden, a fight for dominance

Finally Oden’s group reached Kuri. However, Oden left them outside the borders and decided to attack Kuri alone. What Oden witnessed is what probably inspired him to turn Kuri around. He saw all kinds of criminals in that town taking advantage of the innocent.

He attacked the criminals and saved the innocent people in the process. Finally he went toe to toe with Ashura Doji, rising triumphant after a whole night of fighting. When Kinemon and the others, arrived, Oden declared he wanted to be the king of those thugs. He eventually turned Kuri into a peaceful region. This news spread throughout the country and to the shogun. Because of his deeds, the shogun retracted his disownment of Oden and named him daimyo of Kuri.

The chapter ends with a panel showing Kawamatsu on the shore of Kuri. He found two beings whom he thought to be monsters. Ironically, Kawamatsu is a peculiar being himself. He is a kappa, an amphibious demon or imp. As it turns out, they were just Inurashi and Nekomamushi. It was not revealed how they got to Wano country. But before that panel, remnants of the Rocks Pirates were mentioned. It could be possible that they have some connections of some sort that may be revealed in following chapters. 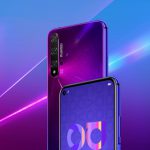