One Piece Chapter 962: The Reason why Oden took over Kuri

As the backstory of Oden progresses, more exciting details start to unfold. More spoilers of One Piece chapter 962 – that contain raw scans of the upcoming chapter – have spread across the social media.

As was anticipated by many, the upcoming chapter details how Oden was able to gather followers. But the highlight of this chapter will be Oden becoming the Daimyo of Kuri. Here are some spoiler photos posted on Facebook and my theory on why Oden took over Kuri. In chapter 842, we have seen a backstory of Oden and Yasuie after Oden’s banishment. Oden openly expressed his desire to leave the country of Wano. Yasuie then told Oden that he has to become a proper warrior first before he follows his whim.

Oden must have taken it as a challenge to his strength.

To prove himself, he thought of the most extravagant way. He decided to go to Kuri and beat up the criminals in that area. The lawless land of Kuri was too much even for shogun Kozuki Sukiyaki to handle. Oden must have thought that if he can take over Kuri, Yasuie would recognize his strength. To be the strongest in Wano

Almost all strong characters in One Piece want to be number one, or the strongest.

I think the reason why Oden wants to leave Wano is to see if there are more stronger people than him. But to validate himself as a strong warrior, he needs to be the strongest in Wano first. And the best place to accomplish that is Kuri.

Kuri is almost untouchable, even for the shogun. Yasuie compares Kuri to cancer in Wano, a lost cause. Oden probably thought that he could find his strongest enemy in Kuri. Defeating that enemy would then make him the strongest in all of Wano. Oden wanted Kuri to be a free region

A Facebook user posted raw scans of the upcoming chapter showing Oden’s battle in Kuri. Oden himself was telling his story. Oden destroyed the gate to Kuri. Once he accomplished that, he was overwhelmed by the stench of blood, sweat and corpses. Oden felt like the world’s intent to kill has directed towards him. He then realized that Kuri lived by a simple rule. You are free to enter, but leaving would mean death. Oden seems to be like Luffy and Gol D. Roger. They value freedom more than anything.

And so Oden hated the rule of Kuri that robs people of their freedom. The King of Kuri

Oden then expressed to Kinemon and the rest his desire. He first asked them if they still adore him and would continue to follow them. Then Oden decided he wanted to be the king of those criminals. We should notice it by now, Oden is a magnet to trouble makers who are then reformed by his actions. 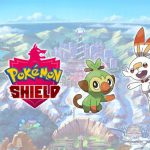 [New build] Xiaomi rolling out stable MIUI 11 update for Redmi Note 8, but there is a catch (Download link inside)