Few days before its official release, spoilers of the upcoming One Piece chapter 962 are already out on Reddit. While some details have been shared as of now, the images of the upcoming chapter of the manga were also leaked on Facebook.

Here are some of the details of the spoiler posts. I would also add some theory based on the leaked photos. I believe the end of the chapter will show us how Oden left the country.

A Reddit user posted a raw translation of the spoilers. As the translations are not clear, the details I will share are based on my understanding.

Apparently, Oden heads to Kuri. And based from previous chapters, Oden will eventually tame that region. When Oden left Yasuie’s house, Orochi stole some money from a safe. Orochi then puts the blame on Oden, justifying why they left.

Yasuie probably believed Orochi but ignored the theft. If we will recall, in a flashback of Yasuie, he tolerated the scabbards while stealing from him. Instead of stopping them, Yasuie gave them more money to be proper vassals to Oden. Oden, the Daimyo of Kuri

Oden’s reason for going to Kuri is unknown. Maybe he felt like it was the only place where he would be accepted. Since Kuri is a lawless place, Oden can go on a rampage and not worry about a thing.

When Oden arrived at Kuri, he probably saw that there are innocent citizens still in that region. They might be the victims of the criminals who kill and pillage in the region. Seeing the state of living of the people caused by the criminals, Oden challenged Ashura Doji.

Oden triumphed causing Ahura Doji to become his follower. He rounded up the criminals to bring peace to Kuri. He also commanded the residents to build a village where they can live. Kozuki Sukiyaki heard about Oden’s actions and granted him the title of Daimyo at age 20.

According to the Reddit post, the chapter ends with a note on the God Valley Incident. Also, Inurashi and Nekomamushi arrive on the shore of Wano. If you think of it, I find it curious for minks to be in Wano. Could it be possible that they were also at the God Valley during the incident?

Inurashi and Nekomamushi are clearly adventurous in nature. Nekomamushi is hailed by the minks to be a skilled navigator. Such skills must have developed from youth up like Nami. It is possible that Inu and Neko were just like Ace, Sabo, and Luffy who dreamed of sailing and becoming pirates.

They probably went on an adventure of their own and somehow ended up in the God Valley. During that time, pirates were gathering in God Valley to form crews. They may have survived the incident and somehow washed up ashore Wano.

Previous chapters tell us about the history between Oden, Inurashi, and Nekomamushi. When Inu and Neko washed up to the shore of Wano, people were terrified because of their appearance. Oden saves them and they join Oden’s group.

During that time, it is possible that Inu and Neko told Oden of their story, their adventures and misfortunes, and even the God Valley incident. Because of this Oden realizes that the world is truly big and exciting. This must have inspired him more to leave the country. 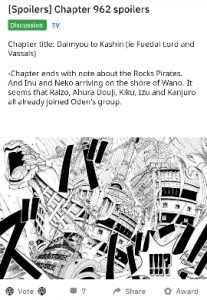 The last spoiler detail states that remnants of the Rocks pirates separated and gathered crews of their own. This was probably the time Whitebeard arrived in Wano and recruited Oden, Inurashi and Nekomamushi. 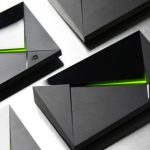 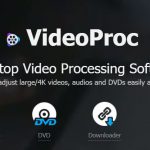 VideoProc: An all in one video editing and converting software