One Piece 969 spoilers are getting more and more exciting. The first wave of spoilers showed us how Orochi survived Oden’s attack. Oden’s attack was blocked by a mysterious old man using the power of the bari-bari no mi. We also learned a summary of the five-year gap between Oden’s return to Wano and his execution.

This time, One Piece 969 spoilers give a more detailed five years of Oden’s life and Wano’s status was revealed. It seems like only major details will be given in the upcoming chapter as it covers a long period. However, this also means that Oden’s flashback will be ending soon.

The clown of Kuri

After Oden’s attack was blocked, the old man introduced his power coming from devil fruits. Orochi then explained that through the powers of the devil fruit users on his side, he could not be removed from office. This is when the old hag with mane-mane no mi appeared as Oden’s father. 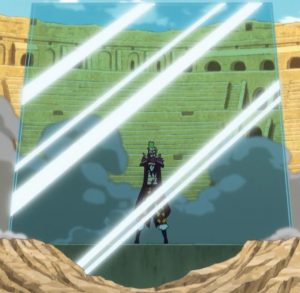 Surprised at first, Oden realized that Orochi had been fooling the whole country into submitting to his will. He also questioned Orochi whether Sukiyaki’s illness was real. Their conversation was cut in this part and a few hours later Oden can be seen outside the shogun’s castle dancing naked. At first, fans thought that it was the old lady disguised as Oden to make people lose confidence in him. This came as a surprise not only to the people of Wano but to us readers because Oden is known not only for his physical strength but also for his strong will. So to do such an embarrassing thing must not be for himself but others.

Oden repeated this action and continued every week. He would go to the city to dance and beg for money notwithstanding the weather condition. When asked by his retainers to stop, his reply would be it was his job. Naturally, he was ridiculed by the citizens of Wano.

Now we know Oden will not do this in the right mind. So something must have happened between him and Orochi inside the castle. Orochi may have threatened him to kill the citizens and his family with Kaido’s help. Or Oden may have realized that he cannot defeat Orochi alone.

My guess is Oden made a deal with Orochi to leave the country on a ship with his family and retainers in exchange for anything Orochi wanted him to do. This, of course, will not be motivated by selfish desires. Maybe he was trying to get out of the country to keep his family safe and to ask help from Whitebeard. The last straw – Oden decides to strike back

According to One Piece 969 spoilers, Oden religiously complied with his side of the bargain. For five years he went to the capital and danced naked while begging for money. A year later he read the news about Roger’s execution. Two years from that Moria arrived, fought with Kaido, and stole Ryuma’s body and katana.

Five years after Oden returned, Orochi went to Kuri with plans of establishing several weapon factories. This is where Oden asked Orochi about their deal concerning a ship and Kaido. Orochi probably promised to get rid of Kaido as well as part of their deal.

However, Orochi denied having a conversation concerning these things. Naturally, this made Oden mad. Orochi continues to tell him that he surrendered Hyo to Kaido and will probably be killed like his wife and their 16 underlings (it is not clear yet whether they are children or followers).

This was the last straw for Oden and he finally decided to defeat Kaido who gives Orochi all the confidence he has. His retainers had been waiting for Oden to say this for a long time. Together they prepared for battle and marched towards the enemy. Little did they know that it will be where Oden would later be executed.