03:11 pm (IST): Samsung recently announced that it will soon launch the One UI Watch beta program for Galaxy Watch 4 users.

And now, the company has started the beta program in the US. Interested Galaxy Watch 4 users can test the upcoming software on their smartwatches.

05:30 pm (IST): Some Samsung Galaxy Watch 4 users say they are unable to connect their device to the phone when setting up Google Assistant. Head here for some potential workarounds.

10:30 am (IST): Samsung has now begun rolling out the One UI Watch 4.5 beta version for Galaxy Watch 4 users in South Korea. It can be downloaded using Watch 4 beta plugin. More on that here.

12:30 pm (IST): Galaxy Watch 4 users are reporting that Spotify offline music is not working or songs are getting deleted. More on that here.

05:12 pm (IST): Samsung has rolled out the second One UI Watch 4.5 beta for Galaxy Watch 4 units. The software version is R8**XXU1ZVF5. Here’s the changelog:

– Improving app running performance
– Enhancement of GPS stability
– Stabilizing health functions, and improving running and swimming performance
– Fixed issues that are slow or terminated in Health app
– Stabilizing power consumption
– Fixed that My Photo+, My Style background photo, and AR emoji character are not restored when the data is restored
– Fixed that the call receiving screen is not displayed when Watch music is playing during Watch and Buzz connection
– Fixed issue that the reminder alarm remains after snooze
– Fixed issue that is cut off on the weather screen when the font size is enlarged
– Other improvements are applied
(Source)

12:35 pm (IST): Google’s Fast Pair feature will soon arrive for the Galaxy Watch 4 and Watch 4 Classic. It will be available via Google Play Services v22.24 update. More on that here.

11:06 am (IST): Samsung has now released the third beta of One UI Watch 4.5 for Galaxy Watch 4 series. It bears software version R8**XXU1ZVFA and includes the following improvements and bug fixes:

– Improving recognition rate of Wrist up when bicycle exercise

– Other improvements are applied

Luckily, Samsung has acknowledged the issue and said that they are working on a fix. Moreover, they have suggested a workaround that involves enabling ‘Nearby Devices’ permission.

Also, a user has suggested a workaround that might help you resolve this issue. You can try it out and see if it works.

Edit Update: I updated the plugin via Samsung members app through the beta program banner and it fixed it. I’m assuming the same should work for people on the regular version, try searching for the wearable plugin on the Samsung app store and updating it. (Source)

04:05 pm (IST): Samsung has announced One UI Watch 4.5 for Galaxy Watch 4 and Watch 4 Classic. The update will soon start rolling out, probably alongside the launch of the Galaxy Watch 5.

It includes a bunch of new features such as new watch faces, dual SIM support, new accessibility features, and more.

– Fixed the issue of Sysui crash

– Improved the stabilization of Message App

– Other improvements are applied (Source)

04:08 pm (IST): The fifth One UI Watch 4.5 beta is now available for Galaxy Watch 4 and Watch 4 Classic users. It is identified with firmware version ZVG7 and includes bug fixes and improvements.

– Fixes to reset issues when entering Watch only mode during exercise

04:44 pm (IST): Samsung has released stable One UI Watch 4.5 update for Galaxy Watch 4 and Watch 4 Classic. The stable build can be identified with version R8**XXU1GVH2 and is currently available in the US and South Korea.

06:28 pm (IST): Telus is expected to release a new software update for Galaxy Watch 4 and Watch 4 Classic on September 17 in Canada. It is expected to bring WearOS 3.5 along with latest security patch. 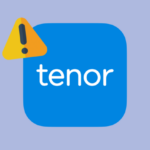 [Updated] Tenor GIFs not working or taking long to load on Discord, Twitter, & other services