The Galaxy Watch 4 is the latest generation of Samsung’s premium smart watches. The device is available in a standard and a ‘Classic’ variant that differs in its design.

The new smart watches have many useful tools for monitoring health. Another of the best valued features is the compatibility with NFC payments through Samsung Pay and Google Pay.

However, it seems that some users do not like the fact that PIN unlock needs to be enabled on the watch in order to use a payment app.

The behavior of the unlock system of the watch is being an annoyance for some Samsung Galaxy Watch 4 users who receive persistent PIN requests during the day, according to multiple reports.

Also I have a locking problem: while I’m wearing the watch it can lock itself every hour, on the other day watch works just fine and it locks only when I’m taking it off. Also when I sleep with watch it’s 99% that I will need to enter PIN in the morning. And the frequenter it locks itself the bigger chance bezel will stop working.
Source

This could be an issue and not an expected behavior as seen on other Wear OS devices. Normally, the PIN should only be entered when you turn on the watch, and then each time you remove the watch from your wrist:

However, some reports suggest that there is an issue with the watch’s ‘wear detection’ system. For instance, a user points out that the behavior of the unlocking system changes when placing the watch loose or higher on the arm:

Watch 4 locking issue while on my wrist during night

Hi, my brand new Watch 4 has an issue with the screen lock. Usually it ask for the PIN when i have to use Samsung Pay, but from day one it always ask me to unlock the screen every morning. It doesn’t do that during the day, neither if i put my watch loose or higher on my arm. But during night, when i tight it up a lot, it lock itself somehow and i don’t understand why.
Source

So, there is a possibility that the cause of the persistent PIN requests is that the Galaxy Watch 4 incorrectly detects that you took off the watch.

Requests to only input PIN when using payment app

Related to the above, some users also complain that a PIN needs to be set on the Galaxy Watch 4 in order to use a payment app (such as Samsung Pay).

According to reports, some users want the option to set the Galaxy Watch 4 PIN requests only to appear when using the payment app.

Hi all, is it possible to have Samsung Pay on smartwatch without having a pin? Cause it’s freaking annoying to have to unlock it every 5 minutes just to see the time. Is it possible to lock only that app or no lock at all? Ty
Source

I really like the idea of using Google Pay on the GW4. I know you need to use a security lock inorder to use it. Is there a workaround to have Google Pay not have a lock screen. It’s annoying to have to unlock the watch every time you wanna use the watch.

Why can’t there just be a lock for when you need to use Google Pay. I don’t need to have my watched locked when I’m at home.
Source

This is an understandable request considering that some are facing the issue with the unlocking system described above, where they receive persistent PIN requests due to a potential bug in the Galaxy Watch 4 wear detection.

There does not seem to be an official acknowledgment from Samsung about this matter. We will update this story if new related events arise.

Twitch app on PS4 not working or buffering issue acknowledged, fix in the works 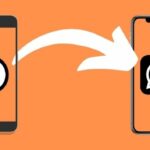 Looking to transfer WhatsApp from Android to iPhone without PC? Here's how to