Samsung Galaxy Watch 4 is the hottest property from the company’s smartwatch collection available today. It was unveiled in August and so far, there has been plenty of good stuff to be said about the watch.

But like any other, it comes with its fair share of flaws. We’ve seen reports of some units catching scratches even with minimal physical contact, disparities between Google Fit and Samsung Health data, and syncing issues with Play services.

But perhaps the most concerning issue of them all is the Galaxy Watch 4 not properly tracking heart rate during workouts. Sure, the Watch 4 isn’t a medical gadget, but as a tool that targets workout freaks, basic tasks like heart rate monitoring shouldn’t be a problem for a device that costs up to $400.

According to those affected, they’d often see random numbers that don’t actually represent their actual stats, especially when compared to other heart rate monitoring gadgets.

Now, in an update to the Samsung Health app that many hoped would tag along improvements to the heart rate monitor, it turns out Samsung has removed the continuous heart rate graph feature on the Galaxy Watch 4.

This has been replaced by a set of time bars showing the average heart rate, something that has infuriated a section of Galaxy Watch 4 owners.

Apparently, a Samsung rep has indeed admitted that this change is intended as part of the latest update to the Health app.

Thanks for confirming Tomasz. Just to let you know, we do have an application update on our health app. The Continuous Heart Rate vanishes of Samsung health was a built-in feature of the latest updates of the app.

In this case, I regret to inform you that since the update was already installed on your device, then we cannot change it back to a continuous graph.

A new update was released a week or so ago as version v6.19.1.001 and according to the changelog, here’s what you get:

WHAT’S NEW
* Gather all information such as Profile, Weekly Summary, Rewards, and Personal Best that are scattered and provide them integrated on My Page.
* Add more gender options to make it easier for anyone to choose a gender. (“Others”, ”Prefer not to say”)
* Various bug fixes and improvements applied.
Source

As you can see, the changelog mentions nothing about the removal of the continuous heart rate graph from the Samsung Health app for Galaxy Watch owners.

On the brighter side, those who badly need this function can still get it back on their Galaxy Watch 4 and any other affected unit.

All you need is to revert back to the previous version 6.18 or older and the continuous heart rate graph should be back. You can grab the APK here. 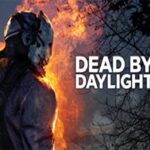